I came across the following article written by Brian Bedford, in a copy of Charles Buchan’s Football Monthly from March 1962:

‘Change you clubchange your luck! That’s what they say in soccer and that’s the way it has gone for me. A little over two years ago I was unwanted, had been transferred for the third time after service with Reading, Southampton and Bournemouth. I thought my football future was over.

I had been in Bournemouth’s FA Cup “giant-killing” side of 1957 when I played the deep-lying centre-forward role. Two years later I was on the transfer-list.

It was then that Alec Stock took me to Queen’s Park Rangers for ¬£750 (another ¬£250 after 12 games)gave me a new lease of life and put me among the goals again. Last March I got my 100th in senior soccer. More than half of these I had netted for the Rangers.

I owe a lot to Alec Stock. As well as being a fine manager he is a first-rate psychiatrist. Until I met Alec I had had an inferiority complex. He changed that. Now he reckons he scores half my goals for me!

But for bad weather Alec Stock might not have seen me. Alec was Leyton Orient’s manager and when his own match was cancelled, he came to Shepherd’s Bush to watch Bournemouth play Rangers. I led the Bournemouth attack; had one of my best games, and scored in our 4-0 win. Alec must have remembered that. 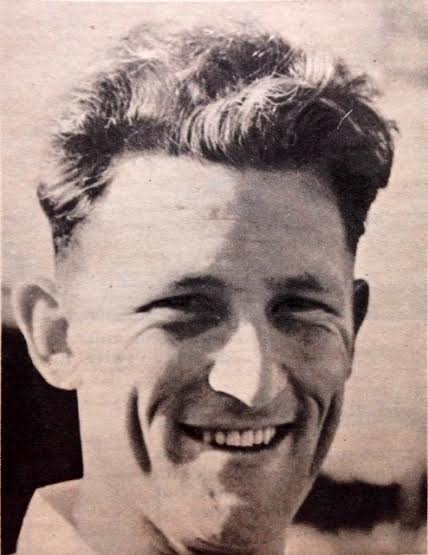 Everyone reckoned that the Rangers had got me for a bargain price – especially when I scored 27 times in my first season and followed it up in the winter of 1960-61 by equalling George Goddard’s club record of 37, set up in 1929-30. I got 34 in the league and FA Cup alone – a figure equalled by my old RAF pal, Jimmy Wheeler, for Reading.

It was Jimmy who got me my first successful trial with Reading when I finished National Service. He and I had been colleagues in the Uxbridge station team. I was centre-forward and on either side I had Jimmy and Eddie Firmani. With those two fine ball-players helping me, I netted over 60 goals.

Before my Reading venture, Eddie Firmani had arranged a trial for me with Charlton Athletic. But their mid-week games clashed with RAF matches and as we were having a great run in the RAF Cup, I was not able to go.

Jack Smith was Reading’s manager when I went there. I had a very mediocre first season and at the end of it I was given a free transfer. Before I had time to become downhearted, Ted Bates helped to get me to Southampton – Ted was then trainer, but he soon succeeded George Roughton as manager. There, I scored about 20 goals in the reserves. But, to my surprise, I was transfer-listed at the end of only one season!

Another chance came my way at Bournemouth under Freddie Cox. I was just in time for the greatest cup run in Dean Court history. We went to Molineux, in the third round to beat mighty Wolves, defeated Tottenham Hotspur on our own ground and went out 1-2 to Manchester United in the sixth round.

Don Welsh succeeded Freddie Cox and although I had totalled more than 30 goals for Bournemouth in my three seasons there, I did not fit in.

Rangers have lately preferred me as an inside-forward. They must have been right, for although I scored 21 goals in 35 games as a centre-forward when I joined the club, since the switch to inside-forward, I totalled over 40 goals in a little more than 50 appearances.’

Brian amassed a total of 180 goals in 284 appearances for the R’s before moving on to Scunthorpe United in September 1965.

2 thoughts on “‘You Will Score Goals said ‘Psychiatrist’ Alec Stock – and I Did!‚’ – Brian Bedford”