Early start for me at Belfast Central for the 6.50 train to Connolly Station and an uneventful trip down listening to loud Americans telling stories of their holidaying in the Emerald Isle.

Upon arrival in Dublin I wandered about in the pouring rain for a while, getting my bearings and scouting for the Lotts Bar.

Around 10.30 it was stout time and some beautifully poured pints in the Lotts Snug. Just into my second pint and I was pleased to see my old ‘partner-in-Guinness’, John ‘Murf’ Murphy arrive with his wife Grainne and their boy Eoin. We had brunch in the lounge which was largely frequented by Rangers fans from Ireland South, England and Scotland. 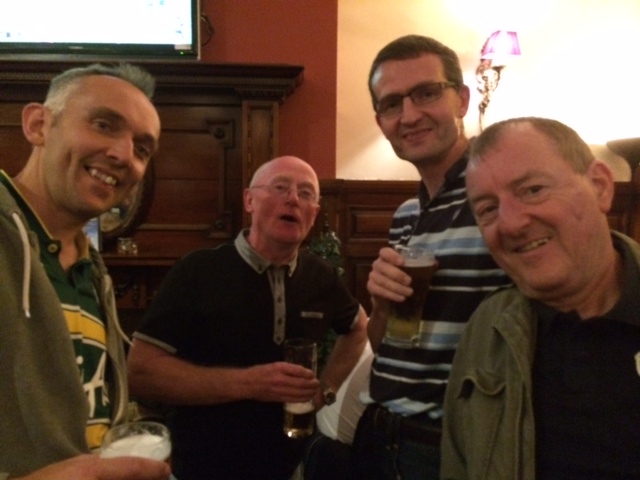 More and more arrived and at one point I’m sure there were 150 R’s fans in there. Various QPR flags were draped across the lounge front. Marvellous!

Stephen Cross then arrived with his family all looking well. There was a light-hearted moment when Murf won the prize draw to pour as many pints as possible in 60 seconds which he handled well and got some pints for the boys.

I must say that this was a fantastic meet-up and well organised by Eamonn Kenny. Again it was a pleasure to meet him and I would like him to pass on my best regards to the owners and staff at the Lotts Bar.

Next was the tram ride out for the game at Tallaght stadium. I had a good chat with a couple more lads about all things Rangers. A celebrity on the tram was Luke ‘Ming’ Flanagan. It didn’t mean anything to me, but he’s well known down there and is a great Rangers fan.

So many QPR fans at the ground made it feel like a home game. It was hard to estimate how many were there so somebody else can guess at that. 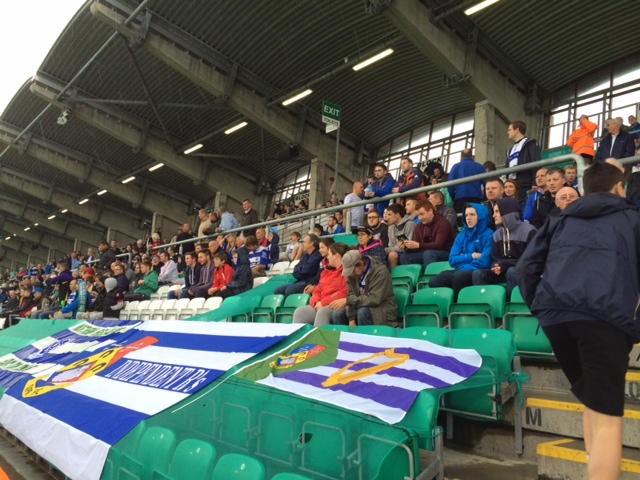 Shamrock Rovers were in disarray after sacking their manager the previous night and were no match for Rangers who were comfortable enough without reaching top gear. It was 2-0 at half-time after goals from Junior Hoilett and Charlie Austin. Joey Barton looked on top of his game.

Into the second-half with the hosts throwing on everyone they had, but they couldn’t get a foothold and Rangers added two late ones from Junior Hoilett and Charlie again. Good to see Ale Faurlin involved and he looked very comfortable. Traore got forward a lot, but his delivery was very patchy. 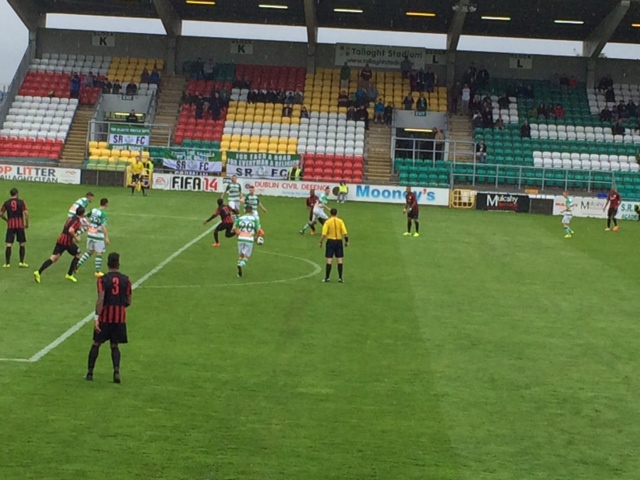 Shaun Wright-Phillips made a cameo which was just long enough for him to miss a one-on-one with the keeper which even I could have scored. Joey Barton was MOM for me.

After the game, another soaking, but I didn’t melt so all good! Back to the Lotts Bar and more pints (there is a theme here) and meeting more and more great fans. Indy’s stalwarts; JJ, Alan (Dubliner), John22, who didn’t appear to have any sandwiches, and Steve – Mel after his second game in two days, Eamonn, Simon and another one of ours from Portadown, Geo, Big Tony McKee and his brother, Michael Whelan, Matt Impey, Nick Falvey and many more whom I will remember later. 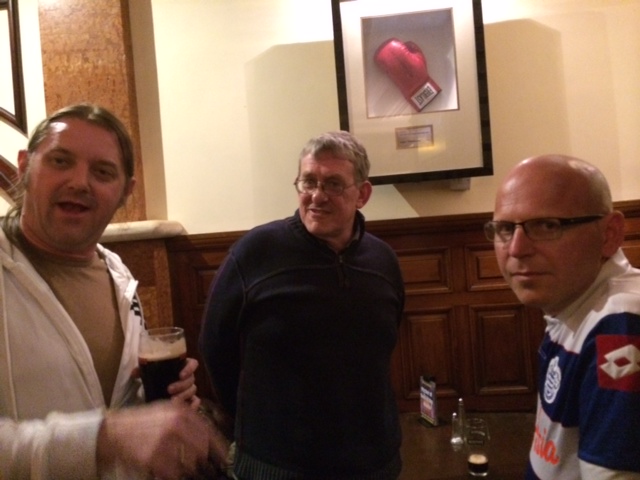 8.30pm and it was time to hit the train home with Simon for company this time. I just made it after over-riding the tram by a stop. It was not such a quiet journey back this time as Armagh fans were celebrating their GAA win in a raucous mood. If you can’t beat them join them, so into the buffet car and a rattle at the red wine, bad idea!!! They were having a right old sing song and in their orange shirts it was just like the 12th of July!!!

I was home around midnight, happy but a tired little soldier (a 14-hour sleep followed). It would be nice to do it all again next year.

(The above pics were taken by Dubliner and used with permission)