‘I’m incredibly sad today, but I’m also very proud to be able to say that Alan McDonald – a legend who meant so much to so many people – was my friend. We were the best of mates over many years. In fact, I met my wife at his wedding. We were best men at each other’s weddings. I’m godfather to two of his girls and he’s my daughter’s godfather.

We were at school together and also played for Northern Ireland schoolboys – that’s how far we go back. He moved from Belfast to join QPR as a teenager, as did our friend Ian Stewart. And after a spell living in Manchester, I joined them in London in 1985. It was Mac and Ian who encouraged me to go into coaching when I retired because of an injury and might otherwise have walked away from the game.

Mac and I did everything together. We holidayed together, we talked about everything. Before any major decision I’ve ever made I’ve spoken to him first. He’s always been either on the end of a phone or on the end of a pint, depending on where we’ve been at the time.

QPR fans will remember him as a man who gave you everything. And that’s exactly what he was like as a friend too. He was never interested in talking about himself. He could play for QPR at Highbury on a Saturday and that evening would only want to talk about how I’d got on managing North Greenford United that day.

You hear people say about footballers that the fame never changed them. Well in Mac’s case I can honestly say it didn’t. He was a born leader of men, but also humble. So humble in fact, that when we were holidaying in Africa about 20 years ago, we met a group of lads and when they asked what we did, he told them he was a bricklayer. But when we had a kickabout with them, he treated it like the FA Cup Final. He was organising, barking out instructions and telling the guys where they should be. He couldn’t help it. As soon as you put a football near him that’s what he was like.

These fellas quickly realised that Mac was no Sunday league player. When he eventually told them who he was they knew the name, they just didn’t believe it could be this guy laughing along with the lads. That was Mac for you, the captain of QPR and Northern Ireland, who’d happily go along and have a drink with the guys in the LSA (QPR Loyal Supporters Association) or join Rangers fans for a kickabout in the park.

And the banter was relentless. He never let up, was always planning some kind of prank on someone, and in David Bardsley he had a real partner in crime. Those two together were unbelievable. He always wanted to win though. Make no mistake about that.

I played football with him. I played golf with him. I played Trivial Pursuit with him – and if you beat him he’d throw the board away ! He was passionate about football and he truly loved QPR. Being released by the club in 1997 really hurt him. Mac was a genuine one-club man. He loved Rangers and didn’t want to play for anyone else, so to leave the place was very difficult for him. And the fans loved him back.

The word legend is used far too much, but even before the terrible news, you wouldn’t have found a QPR fan who’d have said Mac wasn’t a genuine legend. He was like Stan Bowles in that people loved him not only because of the player he was, but because he was a man of the people too. He was a legend, yet at the same time he was of them. Many of the time I was left with Mac’s stuff while he was signing autographs and meeting fans. With him they didn’t just get an autograph or a picture, they were left feeling he had time for them and liked being around them – and he did. 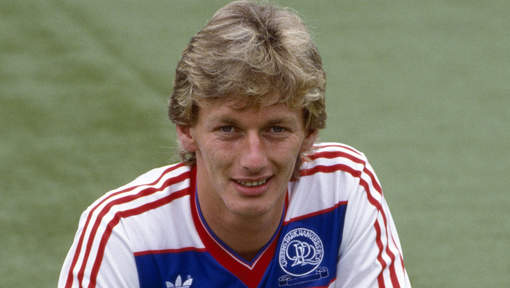 Mac was happiest and most comfortable when he was around people, laughing and joking and having a drink. That’s shown by the fact that many QPR fans who met him once for a few minutes will tell you they still remember it years later. You still get QPR fans saying: “I remember being with Macca in the pub that time” and they can tell you all about it. It’s a unique person they’re talking about.

When I hear things like that it makes me realise how privileged I am to have been close to him and shared so much with him for so many years. He was a genuine legend and a wonderful mate. We’ll all really miss him.’