The following article appeared in the West London Observer on 28th July 1944:

‘There is someone else selling papers at the busy street corner in West London where for years “Old Stumpy”, the legless paper boy, had sat, perched on an upturned soap box, with a perpetual grin on his face and a quire of “evenings” under his arm.

He was as much a fixture as the pillar-box on the corner, and dozens of girls, employed in nearby factories and Government offices, stopped on their way to work to ask the new man about “Old Stumpy” and were told that he and his wife were killed when a flying bomb destroyed their home.

Nothing ever disturbed the old paper seller. In all weathers and when whistles were blowing, and people were seeking shelter from an approaching bomb, he just sat on his soap box and, cheerfully rattling his bag of coppers, shouted the latest news.

“Old Stumpy” always composed his own headlines of the latest news and as one sympathetic girl put it: “He would have enjoyed broadcasting Hitler’s latest headache.”’ 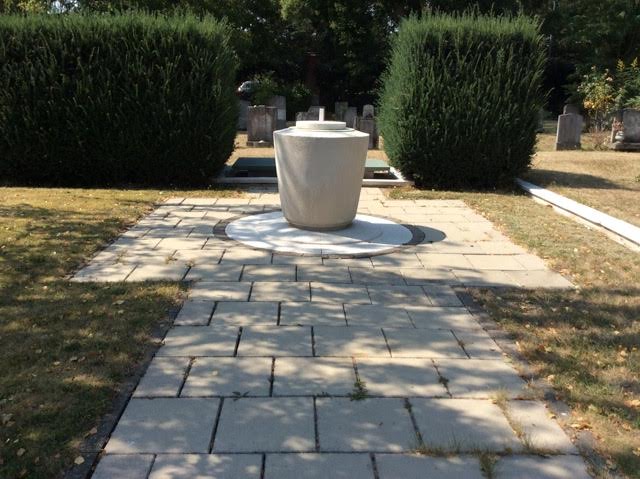 A week later the Fulham Chronicle named him in their report of his burial: ‘“Old Stumpy,” the legless paper man and well-known character at a busy street corner in Southern England, who with his wife, was killed by enemy action at their home,was buried with her at Sheen Cemetery.

He was Charles Dyer, aged 54. His wife was 45. She was in bed at the time a bomb fell, and he was smoking a pipe. In the last war Dyer was a private in the Warwickshire Regiment.

Other victims of the same raid were buried at the same time. “Old Stumpy’s” three sisters followed.

Among the flowers were tributes from neighbours and members of a staff stores, among whom he was well known.’

Peter Trott informed me that Charles had probably been brought up at 51, Faroe Road, Brook Green, W14. In the 1911 census his profession is stated as being a painter.

He enlisted in 1914 and appears to have been discharged in 1916 after suffering from those terrible wounds.

Charles was living at nearby 50, Porten Road when he was tragically killed on 21st July 1944.

Peter is responsible for successfully petitioning the Council to get the Memorial restored. Once again, well done to him.

A very moving story on one of West London’s characters.

(The photo was taken by Peter & is used with permission. Thanks also to him for unearthing some additional information & thanks to Colin Woodley for sending me botharticles)