The following article appeared in the West London Observer on 2nd March 1956:

‘Queen’s Park Rangers football team, who appear before thousands each week at Loftus Road, will be making their debut before a different public next Thursday when they make a personal appearance on the stage of the Gaumont Theatre, Shepherd’s Bush, in connection with the nation-wide appeal for the National Playing Fields Association, being made by the Rank Organisation.

Many Hammersmith and Shepherd’s Bush children have recently benefited by the National Playing Fields Association, for it was a £1,100 cheque from this charity, whose patron is the Duke of Edinburgh, which helped to provide the new playing fields, opened last year in Wendell Park.’ 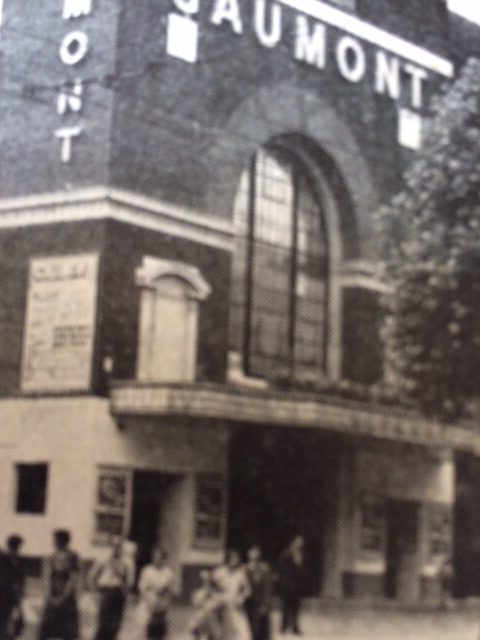 This was then followed by another short article in the Observer three weeks later:

‘When QPR manager Jack Taylor took the Rangers along to the Gaumont Theatre, to help with the collection for the National Playing Fields Association, he said, “The title of the film that follows the collection (“Lost”) has no relation to next Saturday’s result.”

During the week’s collection at the Gaumont, nearly £170 was received.’

Although the R’s had gone on to beat Colchester 6-2, things were very different in the previous match when they suffered a 1-7 defeat at the hands of Leyton Orient!

(Thanks to Colin Woodley for forwarding the two newspaper articles. The above image was taken from a magazine in my collection, ‘The Ideal Kinema’, dated 11th August 1955)