The following article appeared in ‘Goal’ magazine in 1968:

‘Not much doubt from the way that champagne bottle is being held that the man on the right is an expert with his hands. Ron Springett’s his name.

The Queen’s Park Rangers and former England goalkeeper was doing the honours for some of his team-mates at the opening of his sports goods shop. 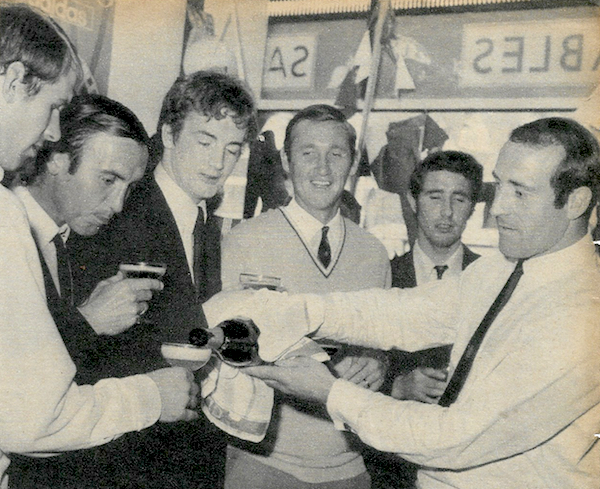 Among the grateful customers was new centre-forward signing from Birmingham, Barry Bridges, second from left, about to deliver his verdict on the bubbly.

Local fans verdict on the shop, which is no more than a hefty goal-kick from the Rangers ground in Shepherd’s Bush: “Great”.

Ron, as reported in GOAL, will retire from football at the end of next season.’