A practice match took place on Saturday 22nd August 1908. A fascinating insight into the Rangers squad appeared in the Kilburn Times the following Friday:

‘The only public trial spin took place on Saturday last and was sparsely attended.

The numbers did not exceed 5,000, whilst the amount taken at the gate was just over £50. I was much disappointed in the numbers attending, doubtless the thunderstorms which passed over London a few hours earlier in the day had much to do with this.

A splendid game was the outcome, and an even match resulted, each side scoring a goal.

Many were disappointed when it was found that McDonald, the Aberdeen player, was still under medical treatment and had been advised not to play, but a very fair player in McNaught, late of Hounslow, occupied the place so ably filled by Fred Pentland last season.

McNaught scored the goal for his side, converting a very fine centre from Billy Barnes. He has a rare turn of speed, and will doubtless prove a good man when he grows accustomed to his colleagues.

The outside-right for the “Blues” was also a speedy player of the name of Turner, and I understand he has generally played for S. Augustine’s, Kilburn. It is very pleasant to see the local talent getting a trial in good company.

Turner has been very successful upon the running track, and during the past season he has secured prizes to the value of about £50.

Perhaps the two players who were the most closely watched were McKenzie, the centre-forward, and Duff, the right-half, who will, I believe, be called upon to take the place of Percy Skilton and Lintott respectively, in the midweek games.

It, being generally understood, that these two players cannot get away from their engagements and take their positions with the team, except on Saturdays.

In McKenzie they have secured a fine forcing player, who will take some stopping if he once gets going. He is something like Freddy Bevan in build and style, with the difference that he will “fetch” the ball, a thing “Freddy” objected to do. If he would open the game a little more he should prove a valuable player.

Duff, a fine fellow, will make a good understudy for Lintott. He has learned the art of feeding his forwards, while remarkable speed always enabled him to get back to keep the defence when necessary. These two players are likely to be an important factor in the club’s success.

Perhaps the most prominent player for the “Blues” was Law, the outside-left, who has come from Watford, but while Barnes plays as he did on Saturday, there is very little chance of Law’s appearance in that position in the first team.

Drake, an inside-left, who has come from Birmingham, is another fine sturdy player, and should be of great service, while the two backs, Gillespie and McEwan, are capable understudies to McDonald and Fidler.

Nicholls gave a very fine exposition of goal-keeping, and the Rangers are most fortunate in having such a “reserve”.

The “Stripes” gave every satisfaction, while the display of Sammy Downing was deserving of the highest praise.

Barnes and Gittins were as frisky as ever, and Skilton played better than I have ever seen him do, while he appeared to last the whole ninety minutes, Cannon put his whole heart into his work, as usual, and in fact, there did not appear a weak spot in the team. 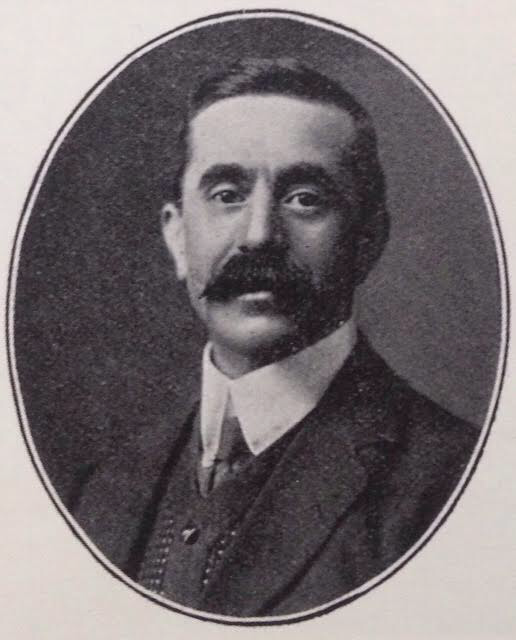 The Rangers have the material for two fine teams, and with a reasonable amount of luck should again secure championship honours, whilst the Reserves should also be nearer the top of their competition than they were last season.

I understand that the Rangers will play their very best available team, and that this will not be decided upon until tomorrow morning.

I shall be surprised, however, if last year’s team is not chosen en bloc, with perhaps Turner or McNaught for the vacancy caused by Pentland, though should Law be able to play in that position, I think he would make a better man, owing to his experience.

Several supporters as well as a few of the players have told me that they thought that Pentland should have the chance of playing. I’m afraid they do not know the facts of the case, or they would never suggest it.

At the close of last season, Pentland was offered the maximum salary, and urged to stay. For private reasons he wanted to go, and is said to have very definitely desired to completely sever his connection with the Rangers.

Under these circumstances the directors could not possibly ask him to play. The directors are fine sportsmen, but they cannot be dictated to by a player however good he may be.

Mr Chairman Walton looked the very picture of heath, when his two bonny sons he motored up to the ground on Saturday, having come up from Weymouth in six hours on purpose to witness the game.

Mr Secretary Wood, to whom the club owes so much, had also just returned from his holidays. He has been making a tour round the south coast.’

Rangers were beaten 2-0 by West Ham United in the opening match of the season.

(My thanks to Colin Woodley for forwarding me the article. The Club Chairman, Frank Walton is pictured above)