Situated close to Hammersmith Bridge, this riverside pub is said to have been established in 1849 and then re-built in its present form around 1870/80. The Hammersmith Regatta in August 1921 was in aid of the West London Hospital and the prizes were presented on the balcony of the West End Boathouse which used to stand on the opposite corner of Mall Road. It was destroyed in the Second World War and was later replaced by private flats. The pub was also damaged and lost its top floor and balcony.

The Rutland displays an inn sign of two unicorns with the motto, ‘Pour Parvenir’ (for the wayfarer). On my last visit there earlier this month before the R’s match at Craven Cottage, I also noticed two plaques. The one inside seemed to be a replica of the other one close to the door and the inscription was mainly about the origins of its name, ‘Rutland’ the place, plus I think a brief mention of where the pub was situated. 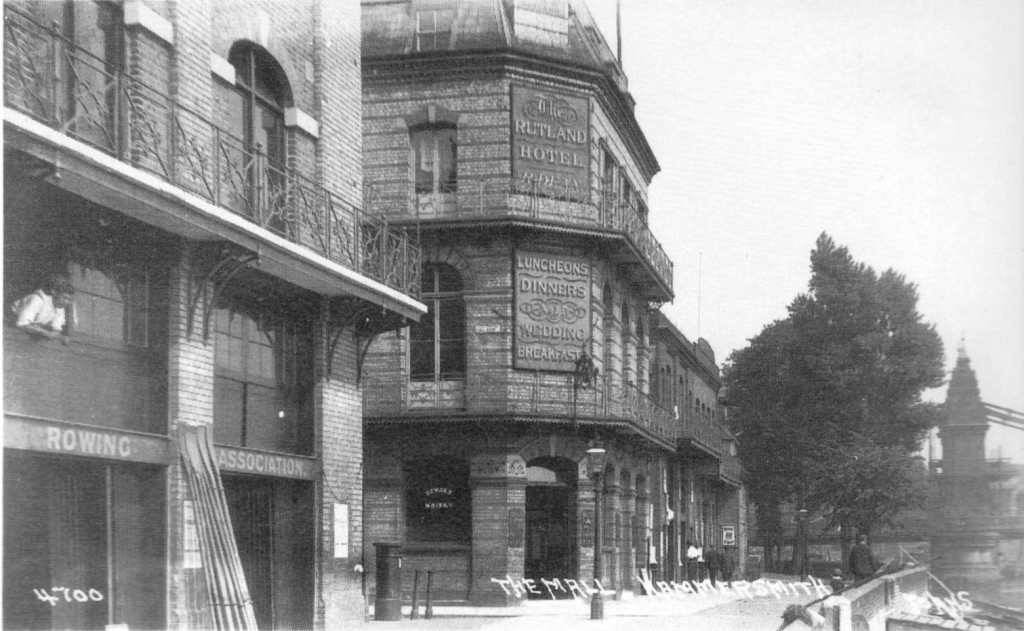 It was a very hot day and the outside benches were quickly claimed even before the pub had opened and we opted for the sofas and high stools inside. The meal was fairly basic and the London Pride was decent.

In the Fulham and Hammersmith Historical Society’s book from some years ago, there is an interesting piece about the history of local brewing:

‘In olden times publicans were their own brewers. Gradually small breweries came into existence, but their output was limited. Transport was a problem, and it took many years to build up the great concerns known today. In Hammersmith, brewing has never been a major industry, the few brewers there were have long ceased to function.

The Town Brewery, near the Creek, founded in 1780 by Joseph Cromwell, appears to have been the earliest. Ale was brewed for sale locally and in the adjoining parishes. James Cromwell carried on the business which was also known as Cromwell’s Brewery, later it became Swail’s Brewery. A Mr Rayner had the Hope Brewhouse in the High Street. Water from a well was supplied to a great part of the neighbourhood. 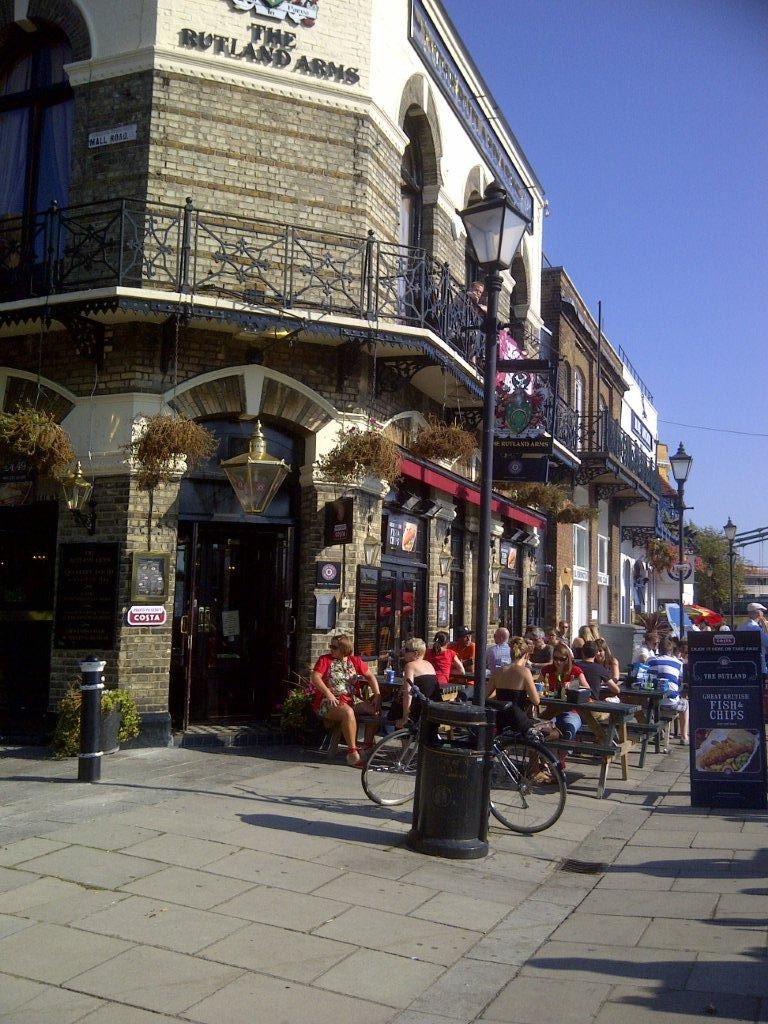 (Thanks to Jimmy Murray for the pic taken earlier this month)