Born in the Gorbals area of Glasgow on 24th April 1928, the “Doc” as he later became known, spent most of his playing career at Preston North End. He also represented his country on 25 occasions.

Tommy managed Chelsea between 1961 and 1967 and then following his departure from Rotherham he moved on to Loftus Road in November 1968, replacing the management team of Alec Stock and Bill Dodgin.

Sat at the foot of the table, the R’s lost his first game in charge 0-2 at home to Burnley. A 0-4 defeat at Goodison Park followed, but Rangers did secure a 2-1 victory over Nottingham Forest at Loftus Road on 23rd November.

The match at White Hart Lane was postponed the following week and Tommy left the Club on 5th December after just 28 days in charge.

There had been disagreements with chairman Jim Gregory over the signing of players, which apparently came to a head when he wanted to sign Brian Tiler from his former club, Rotherham. Les Allen then took charge and Tommy joined Aston Villa. 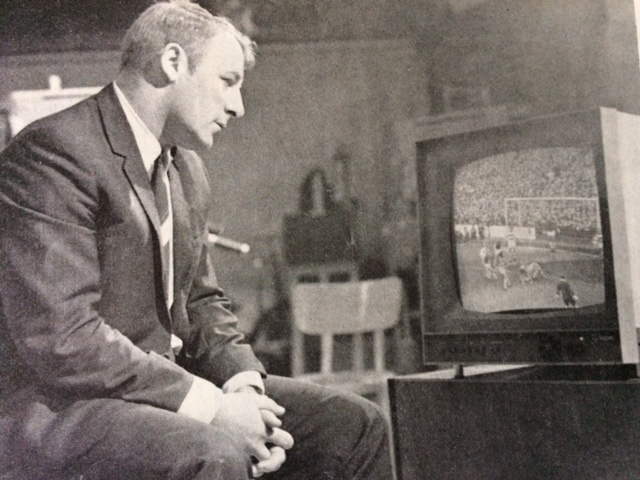 Later, Tommy went on to manage Porto, Manchester United and Derby County. He was also Scotland’s manager on twelve occasions.

Destined for relegation in 1979, Jim Gregory sacked Steve Burtenshaw and the R’s chairman surprisingly brought Tommy back in May.

Into a new season and Rangers got off to a decent start. By the end of November, the R’s had won ten and drawn three of their opening 17 games.

Stan Bowles moved on to Nottingham Forest in December 1979 following a fallout with the R’s manager and also that month Tommy ended up in hospital after being attacked. Michael Wales’s interview with Tommy appeared in the match programme on the 18th:

‘Tommy Docherty was adamant: “I’ll be at the Chelsea game if I have to crawl there!” He was in remarkable form following his unfortunate experience on the Manchester train home after the Wrexham game.

The “Doc” was really touched by the amount of “get well” cards and letters not only from Rangers fans, but people all over England.

“I’ve been visited by Bobby Charlton and Freddie Pye (Stockport County FC) and on the following day after it happened Ken Shellito and Derek Healy came up from London. That was great of them, and it cheered me up.”

At the end of the 1979/80 season, the R’s finished in fifth place with Clive Allen contributing 30 of the Rangers’ goals, but another fallout with Jim Gregory led to Tommy being sacked again. However, apparently with the players backing he was re-instated just nine days later!

Tommy left for the final time in October 1980 and in came Terry Venables.

During the 1980’s he spent a few years in Australia with Sydney Olympic and South Melbourne. Tommy also managed the likes of Preston and Wolverhampton Wanderers.

May he Rest in Peace

One thought on “In Memory of Tommy Docherty”