Interestingly, also moving with him to W12 were manager Tom Loftus-Tottenham and coach Derek Healey, to take up roles managing the QPR Youth team. New manager Alec Stock had encouraged the Club to invest more in a youth scheme.

A December 1959 match programme noted that: ‘another of Derek Healey’s lads who has earned promotion to the Combination team is Micky Bottoms, a wing-half who came to QPR via Harrow Town. Twenty years of age, Bottoms is still serving in the Army and is due for demob next April.’

However, a couple of months later on the 6th February, he played for the Rangers ‘A’ team in a Seanglian League game at Gillingham and scored two goals in a 6-0 win. 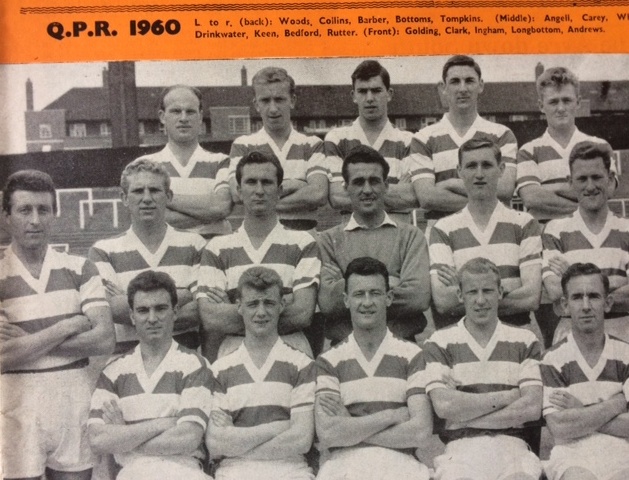 Micky made his 1st team debut at Port Vale on 15th October 1960 and then played in Rangers’ first ever League Cup tie, also against the Valiants, a couple of days later.

He made 31 appearances in the Football Combination that season and also notched up nine goals, but his final league appearance was at Grimsby in February.

Micky made twelve Combination appearances and scored two goals during 1961/62. He also played in two London Challenge Cup matches, but at the end of the season he was transferred to Oxford United.

(In the above 1960 team pic, Micky is shown in the back row, fourth from the left)

2 thoughts on “In Memory of Michael Bottoms”