Hugh McQueen was born on 1st October 1867 and grew up in the rural village of Harthill in Scotland. He had nine brothers and his father worked as a Pit manager.

Prior to joining the Rangers, Hugh had played for Leith Athletic and Liverpool. He was also a member of the 1898 Derby County FA Cup Final team.

Hugh joined QPR in 1901 and made his debut against Watford on 7th September. He went on to make 29 appearances and scored nine goals before being transferred to Gainsborough in the summer of 1902. Hugh later played for the likes of; Fulham, Hibernian, Kilmarnock and Norwich City. 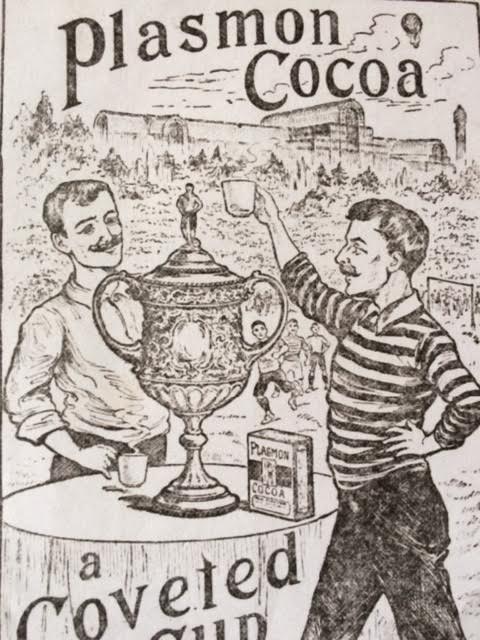 Dated 17th March 1902, the above advert appeared in the Athletic News and the caption reads:

“On account of its great strengthening qualities, I recommend Plasmon Cocoa strongly to footballers as a refreshing and sustaining beverage, and taken before a game, stamina can be relied on.

Plasmon, I find to be equally invaluable.”

Upon his retirement, Hugh bought a Newsagents in Norwich.

(Thanks to Colin Woodley for unearthing the advert)