QPR’s reserves took on Watford’s at Loftus Road on 13thNovember 1948. A match report appeared in the local press a week later:

‘Eight goals were scored at Loftus Road on Saturday afternoon when QPR Reserves met Watford before a large crowd.

It was a robust game with a thrilling ending, for Gibbons notched QPR’s final goal two minutes from the end to earn the home team a valuable point.

QPR opened the scoring with a freak goal. As a result of a free kick just outside the penalty area, Pattison’s hard-ground shot glanced off Durrant into the net

Twelve minutes later an Adams’ centre headed in by Gibbons gave Rangers the lead at half-time. 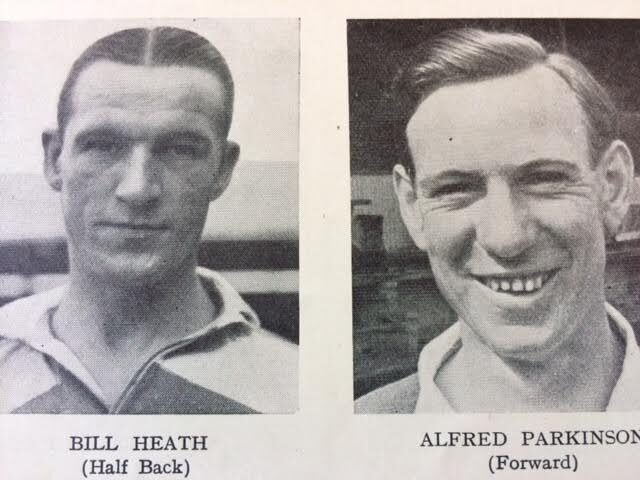 Misfortune came to Rangers on resumption. Nolan equalised after clever approach work by Bates and shortly afterwards completed his hat-trick with a surprise shot from the edge of the box.

Rangers next scoring move came when Millbank pushed down the middle where Durrant and Adams confused the Watford defence by switching position, which resulted in Durrant scoring Rangers’ third goal.

From the re-start, Ritchie eluded Millbank for the only time during the afternoon and gave Saphin no chance with a powerful right-footed drive.

QPR fought back but it was not until the referee was looking at his watch, that Gibbons scored the vital goal after a melee in the penalty area.

Heath’s long kicking was invaluable to Rangers throughout the game. On one occasion he took a free kick just inside his own half and tested Morton with a speculative shot.

Of the home defenders, Dudley and Rose in particular worked very hard.

During one period in the second-half, the Rangers forced five corners in as many minutes but failed to make full use of them.’

Apart from his goal for the 1st team that season, Johnny Gibbons scored 16 goals in 29 appearances for the reserves.

Johnny sadly passed away recently. May he Rest in Peace.