On 6th January 1962, a party of 19 R’s fans (plus a journalist), flew from London Airport to Manchester. The group then continued their journey by coach to Turf Moor, for the FA Cup 3rd round-tie against Burnley. 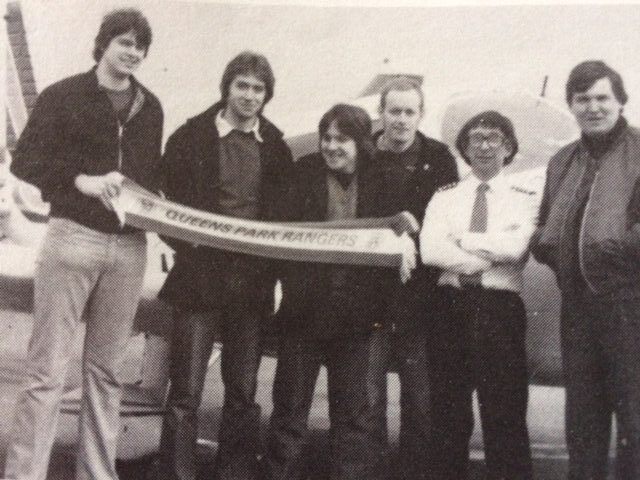 The 4th April 1981 home match programme (v Grimsby Town) included a photo of five R’s fans preparing to board an aeroplane to Bristol.

The boys travel by air to many of our away games and, so far this season, have made flying visits to Cambridge, Newcastle, Bristol City and Wrexham.’

Gary Waddock scored the Rangers goal after coming off the bench to replace Bobby Hazell.

One thought on “‘How Keen Can You Get!’ (R’s Fans Travelling by Air)”