Two went in against Wolves last Saturday, followed by three for Eire against Russia on Wednesday. And the form shown by Givens is just one more indication that Queen’s Park Rangers are going to climb rapidly up the First Division from now on.

Yesterday’s win was their third in five matches. And despite playing without flu victim skipper Gerry Francis, they were still able to field two of their mid-week internationals – Givens and young Dave Thomas.

It was surely their international influence that lifted the London team into short bursts of outstanding play. It devoured the Coventry midfield quartet – including Willie Carr, returning to the Midlands side after an absence of eight matches following the disappointment of his £230,000 transfer to Wolves, which was called off on medical grounds two weeks ago.

However, Coventry were happy to absorb early Rangers attacks. As the early London attack subsided, Coventry strode forward and for a short period their counter-attacks seemed effective.

Their Scottish international Tommy Hutchinson weaved his way towards the target from deep lying positions before being halted by the usual centre-back combination of Frank McLintock and David Webb.

But skipper John Craven appeared unhappy in his midfield role, with Carr only producing small service.

Rangers survived this turnabout phase and produced the decisive killer blow when Stan Bowles gave QPR the lead four minutes before the break with a left-foot shot from just inside the box.

Coventry ventured forward after the interval in search of an equaliser – leaving their defence exposed.

Two more quick breaks by Bowles and Rogers were foiled by the sharp thinking of Hindley and goalkeeper Ramsbottom.

But it was Givens who confirmed Rangers’ overall superiority, rounding Ramsbottom nine minutes from time to give Rangers the points.’ 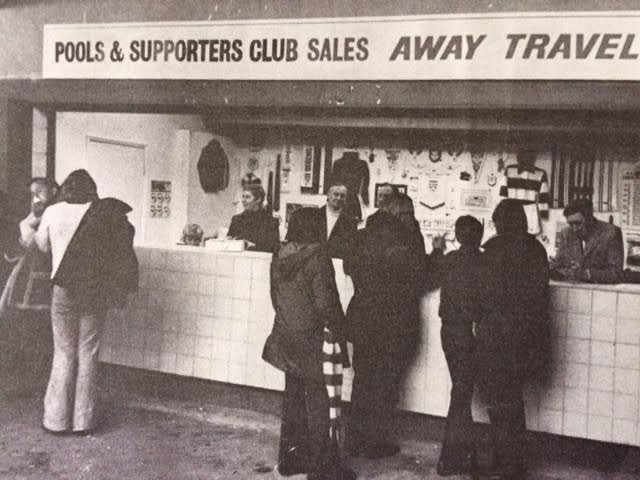 Also, amongst my newspaper cuttings, is Alex Bannister’s short report:

‘The audacious craft of Stan Bowles and the opportunism of Don Givens, who scored his sixth goal in eight days, ended Coventry’s seven-match unbeaten run.

Bowles magnificently shot the first and laid on Givens’ goal, but the player Rangers’ manager Dave Sexton singled out for special praise was Mick Leach, substituting for Gerry Francis, victim of a heavy cold since his England debut last Wednesday.

Sexton said: “Leach did extraordinarily well for he has been out for three weeks and has not been able to train.”

Coventry’s man-to-man marking almost paid-off, particularly against Dave Thomas, because Graham Oakey, a first-team defender for only a month, was outstanding.

The King of Norway watched from the director’s box. It might be an exaggeration to say it was a football feast fit for a king, but it was a stirring match full of incident and high skills.’

Rangers were defeated 2-5 at the Baseball Ground the following week.

(The caption to the above photo reads: ‘Have you visited the New Supporters Shop yet, which has just opened under the Ellerslie Road Stand? There are dozens of different souvenirs on sale and you can book for away matches there or become a QPR Pools Agent. The Shop is open before and after all first team games.’)