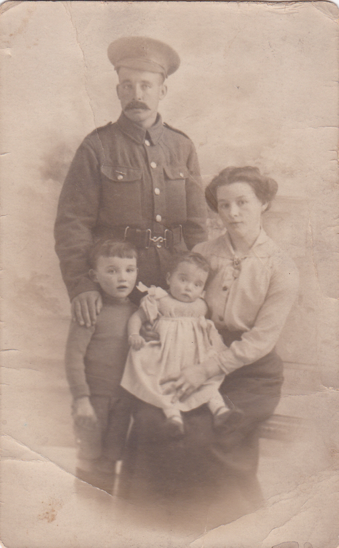 Over the past two years I have undertaken extensive research into my family ancestry and although it is possible to find a wealth of information on such a subject, there are some areas you are frustratingly missing.

My Dad’s side of the family travelled up from a life of farm labouring in Devon to find their fortune in the smoke and grime of London in about 1871, first settling in Bulmer Place, Kensington. 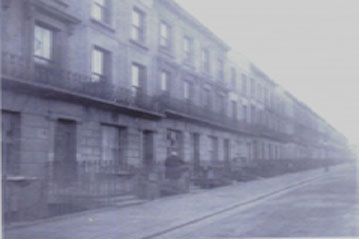 They then lived in various addresses including Woodchester Street, near Paddington Station (one can imagine the air being smoke laden with the steam engines adding to the already smoke-filled air), then Bevington Road, W10, where Harry Cecil was born, eventually moving to Acklam Road, W10, by 1901. They subsequently occupied two addresses in Lancaster Road before moving to Latimer Road. 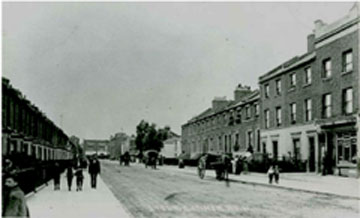 My Grandad served in the 11th (County of London) Battalion, The London Regiment, (Finsbury Rifles). I have his medals and the original envelope which were sent to my Nan (pictured above) when at 99 Latimer Road.

My Grandfather on my Dad’s side is pictured above, probably sharing one of the last moments as a family group, as sadly he was soon to become one of the many casualties of WW1.

In April 1917 he was killed in the Second Battle of Gaza, having survived fighting in Gallipoli. He was aged 30.

Given that my own father, pictured above standing next to my Grandfather, was a fervent Rangers supporter all his life, I wish I had discussed his support for the R’s. His father lived in an area of great support for the R’s and may himself have been a fan in the early 1900’s and passed this tradition onto my father.

The family finally settled in Oaklands Grove near Loftus Road and that is the first address I was able to visit them.

As I grew up from about 1949 in Shepherd’s Bush, having spent the previous few years in my Mother’s family home near Doncaster, I soon became aware of this wonderful establishment called Queen’s Park Rangers, with my Dad frequently disappearing most Saturday afternoons.

I soon became the official recorder of the Saturday football results in his absence, sitting glued to the old valve amp radio with a copy of the days newspaper and pencil in hand. In those days you could anticipate the result by the raising or lowering of the presenter’s voice as each score was announced.

Unfortunately, especially for away matches it was usual for the second part of the R’s result to be in almost apologetic lowered tone! I subsequently waited for the checking of the Pools coupon on his return and dreams of a big win as usual were put on hold for yet another week.

These were different times and as I was an only child I did not discuss much of the past with my Father who died in 1986 aged 76. I wish I had!

My Nan, pictured above, lived to be 89 and my Aunt Florrie, sitting on her knee, 99, which was an amazing achievement given the times in which they grew up in.

My own family suffered more than most in WW1. My Grandfather was killed in 1917 and one year later his brother William was killed in the 1st Battle of Arras, France, when he was 23, having previously been injured in France and having recovered in England, he was returned to his unit.

I think my Great Grandfather Henry also died in 1918 as the death of one or two of his sons may have been more than he could bear. He was not to know that his daughter Kate was to die in 1921, aged 32 from tuberculosis, a common illness of the time sadly, now treatable.

So, WW1 and illness forever changed the family I grew up with and many memories I could have shared, especially about the R’s, were lost.

NB. The top picture has amazingly survived being handed down through the generations and is in fact a postcard, which seems to be a common action of the time. It was taken in Bayleys Studios, London & Provincial, presumably near Latimer Road when my Grandfather was home on leave. 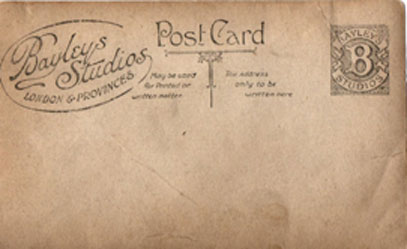 I have been unable to find anything about these studios. Does anybody know whether they were a chain of studios? Any information would be appreciated.