‘The incessant rain on Saturday afternoon had its effect on the attendance at this match, but those who were present witnessed a strenuous game, which was not without its sensational moments.

Brentford were without Shanks, suffering from an injured leg; and the Rangers, in addition to being minus Downing, were experimenting with the forward line.

The Bees were very much in evidence in the early stages of the game, and were frequently in the danger zone, but the attackers found it difficult to secure a foothold, and bad shooting, combined with some smart goalkeeping by Howes, averted a score.

Greaves once had a fine opening from a combined run between Hartley and Corbett, but he waited too long, and enabled White to clear.

The Rangers did very little real aggressive work, although one or two smart bursts by Sugden and Thompson threatened Whittaker’s charge, but the goalkeeper was equal to all that came his way, and with Riley and Parsonage in great form, all danger was staved off.

After half an hour’s play the homesters managed to affect a score, Greaves obtaining a clever goal with a curling shot, from a pass by Hobson. At the interval Brentford still led by a goal. 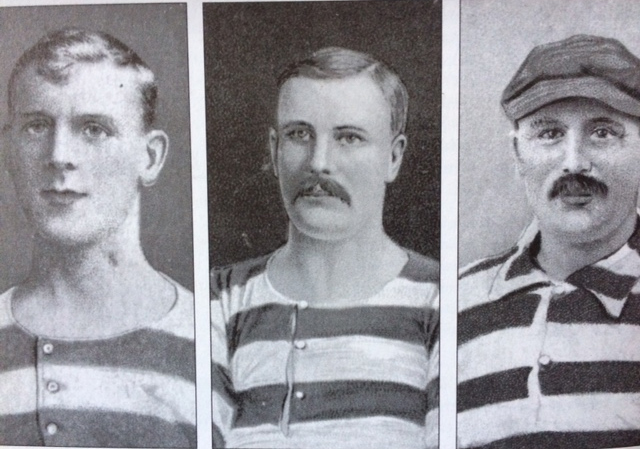 A re-arrangement of the Rangers’ forwards was tried in the second-half, Bevan and Roberts exchanging places, and this brought about an improvement in the visitors’ attack, which was emphasised by Fletcher putting the finishing touch to a combined movement by nearly all the forwards, thus equalising the scores.

A great struggle now ensued for the lead, in which the Rangers were seen to great advantage, the goal having put new life into them. Quite a sensation was created by Ryder, who succeeded in converting a well-placed corner kick, to the delight of the Rangers’ following.

The Park Royalists now attacked with such vigour that it was almost impossible to recognise them as the apparently lifeless team of the first-half, but the Brentford defence remained steady under the renewed pressure.

The homesters, however, made a great effort to snatch the game out of the fire. After Underwood and Corbett had narrowly failed, the equalising goal came from Hartley, who caught a rebound from the goalkeeper, following a shot from Corbett.

The Rangers nearly succeeded in securing the winning point, but Whittaker saved grandly, and the game ended in a draw of two goals all.’

(William Yenson, Fred Ryder and Arthur Howes are shown above. Thanks to Colin Woodley for his assistance)