The Morgan twins were born in Walthamstow on 14th November 1946.

The ‘Quick Pars on Rangers’ section of the Palace match programme, dated 2nd November 1963, stated that:

‘This week we added to our professional staff by signing-on the identical Morgan twins – Roger and Ian, on apprentice professional forms.

The twins, both wingers – have been members of our junior side for the last 19 months after being spotted for Walthamstow Boys along with goalkeeper Derek Bellotti, centre-forward Mike Leach and inside-forward Chris Wenham.

Roger is our top scoring junior with eight goals this season, while Ian has chipped in with four. Both are fine cricketers.’ 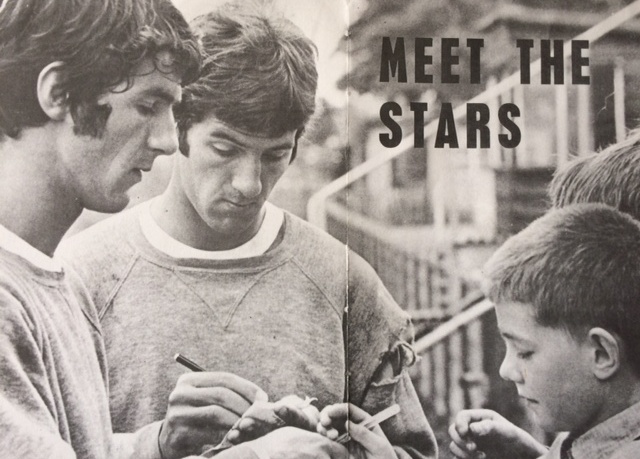 Roger made his 1st team debut the following year on 3rd October at Gillingham. He went on to score 44 goals in his 206 appearances before being transferred to Tottenham in February 1969 for a then record fee of £110,000.

Whilst Ian made his debut a week earlier at Loftus Road against Hull City. He made 175 appearances and scored 28 goals before moving to Watford in October 1973 for £10,000.