The England Youth international finally broke Cardiff’s stubborn defensive resistance with a penalty and then added a brilliant solo effort.

The son of former Spurs’ star and QPR manager, Les, has now hit nine goals in 13 matches, and is becoming the hottest property outside the First Division.

A delighted QPR manager, Tommy Docherty said: “This is only the start for Clive and the rest of the side. Clive has always been able to score goals, and he can do even better than tonight’s performance. He is going to be a star.” 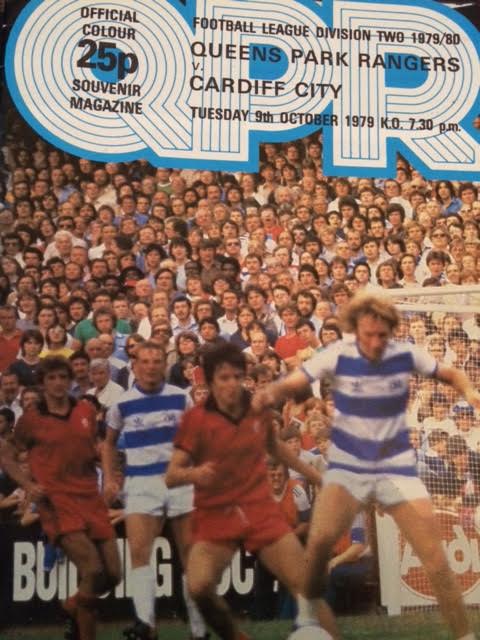 Rangers waited patiently for Cardiff to crack, then drove in the nails with all the confidence of a side going up.

The penalty was the first. Bowles jinking his way into the area, was scythed down by Wayne Hughes and Allen then drove it home.

Cardiff had the unfortunate Hughes and Lyndon Jones  booked inside five minutes as the pressure began to mount and Rangers made it 2-0 when skipper Glenn Roeder hit a swerving shot past Ron Healey in off a post.

Bowles, the master and Allen the pupil, combined again after 81 minutes to make it 3-0.

Bowles sent Allen through a gap in the Cardiff defence and Allen showed maturity beyond his years, rounding Pontin and slipping the ball wide of Healey.

Clive went on to score 30 league and cup goals that season before being transferred to Arsenal during the summer for what was then a club record fee of £1.25m.