After losing 1-2 to Newcastle on 21st September 1974, the R’s returned to Loftus Road three days later to take on an Everton. Side. Steve Curry wrote the following match report for the Express:

A cool swing of Pearson’s right foot won Everton a point after Rangers had reached into their reserves of enthusiasm and endeavour to avert impending crisis.

Judged solely on those terms this was an encouraging performance against an Everton side whose tactics dictated a certain degree of caution.

Give credit to Billy Bingham’s team for twice fighting back from behind to steal a point. Yet steal it they certainly did.

The absence of the gifted Stan Bowles might have had a further effect on his club’s already crippled confidence. On the contrary, the team sensed their predicament, and deserved the victory that seemed assured until Pearson stepped in.

Only two minutes earlier, Don Rogers, the man Rangers took in part exchange for Terry Venables, squandered the easiest chance of the mach. Rogers, on as a substitute in the 64th minute for his first game, was put clean through by Dave Thomas, but his shot hit goalkeeper Dai Davies as he came out. 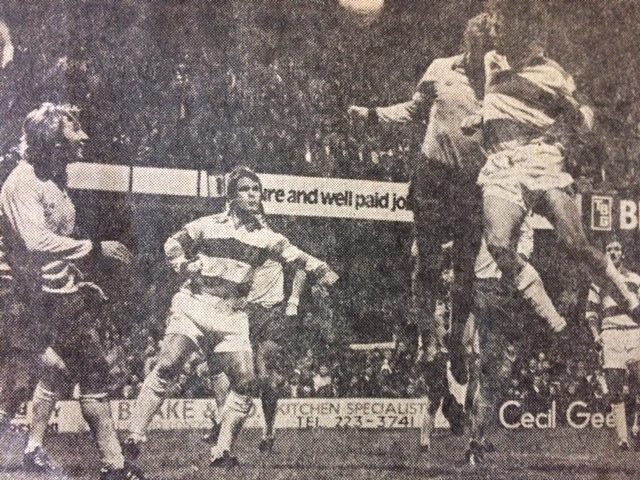 Rangers took the lead in the 41st minute with a straight-forward goal, a copy of many they scored last season – a Dave Thomas corner from the left met by Don Givens with a glancing header.

The game might have been sealed a minute from half-time when Thomas drove superbly into the corner to climax a fine move, only for Francis to be ruled offside. I cannot understand how he could have been interfering with play?

Everton began the second-half with John Connolly replacing Bill Kenny, and a Connolly cross in the 55th minute, headed sideways by Mick Lyons, gave Bob Latchford the opportunity to head his sixth of ten League goals scored by his club this season.

But Rangers, driving forward on a wave of courage and enthusiasm, restored their lead in the 75th minute.

Mick Buckley was cautioned for pulling Francis’s shirt, 30 yards out, and Tony Hazell’s free kick was turned back by David Webb from Martyn Busby to volley in.

That Rogers miss seemed unimportant until Connolly again crossed from the right for Pearson to half-volley into the top right-hand corner.’

The last time Bowles went missing from Rangers, he turned up at a dog track, and his gambling colleagues assaulted Press men. This time White City were taking no chances.

A Commissionaire told an Express reporter: “Bowles has definitely been here. But we have had enough trouble already. No Press men are being allowed in.”

Next up for the R’s four days later was a trip to Maine Road. Apart from the Supporters Club coaches, 93 seats were available on a service train. The fare was £3.85.