On Boxing Day 1961, Rangers drew 2-2 at Torquay United with goals from John McClelland and Mike Keen. Four days later the R’s were scheduled to take them on again in the return fixture.

The referee, John Cooke, conducted his pitch inspection with the aid of a fork. The following cutting was taken from a national newspaper:

‘Mr John Cooke, the Cambridgeshire referee, uses a fork to test the fitness of the Queen’s Park Rangers’ pitch at Loftus-road, Shepherd’s Bush, London, for this afternoon’s Third Division match against Torquay United.

Believe it or not, Mr Cooke decided that the match could be played.’ 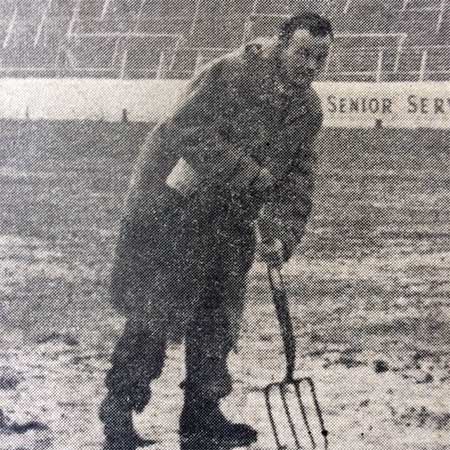 Rangers went on to win the game 6-0. Bernard Evans scored a hat-trick, Jim Towers grabbed two goals and the other goalscorer was Johnny Collins.