On 11th January 1913, Rangers had beaten Halifax Town 4-2 in the First Round of the FA Cup. They then travelled to Dean Court the following Saturday to take on Bournemouth in a friendly. A match report appeared in the Bournemouth Guardian a week later:

‘As Queen’s Park Rangers were without a fixture on Saturday they paid a visit to Bournemouth to meet Boscombe at the Dean Court ground in a friendly encounter, and the Southern League champions won with great ease by six goals to nothing.

The Rangers proved a great attraction, and between four and five thousand people witnessed the match, which was played in fine weather.

Of course, as was naturally expected, the Londoners quite outclassed the Boscombe men, who, however, fought pluckily against a fine all-round side. The football played by Queen’s Park Rangers was splendid, and with almost perfection, Boscombe being quite overwhelmed.

The game was by no means interesting owing to the disparity between the teams, but, nevertheless, the spectators were treated to such an exhibition of football from the Rangers that has never been seen at Dean Court before.

Whiterow was the best man for Boscombe, and Small was also prominent, with Cooper, who had no chance with any of the shots that scored, bringing off some good saves in goal, but, on the whole, the home team were very little “in the picture.”

Mr H. W. Hull of Southampton, whose train was late owing to the fog (Mr W. A. Eley starting the game for him), was the referee. Only forty minutes was played each way.

From the start the Rangers were troublesome, and the Boscombe defence had a heap of work to do. Thompson and Birch, on the visitors’ right, were a clever wing, and Bishop, late of Christchurch, who figured at left-half for Boscombe, found them much too good for him.

Upon one occasion Whiterow and Bleathman worked their way near the visitors’ goal, but Pullen cleared the leather out of danger. The Queen’s Park men showed brilliant combination, and the forwards were often testing Cooper, Birch being especially to the fore in this direction.

Boscombe could make very little headway against the opposing defence, and Shaw’s position in goal was almost a sinecure.

Some fifteen minutes from the commencement Mitchell scored with a clever first-time shot from close range for the Rangers after a combined attack. The home defence fought valiantly, with Small the pick of them, but they had their work cut out to stop such a brilliant side as their opponents were.

After half an hours play Whiterow, who worked strenuously for his side, beat the visitors’ backs and looked like equalising the scores, but Shaw came out of goal and saved the inside-lefts shot in great style.

There was a vast difference between the effectiveness of the two sides, and just before the interval Birch netted a second goal for the professionals. Half-time came with the score: Boscombe, 0, Queen’s Park Rangers, 2. 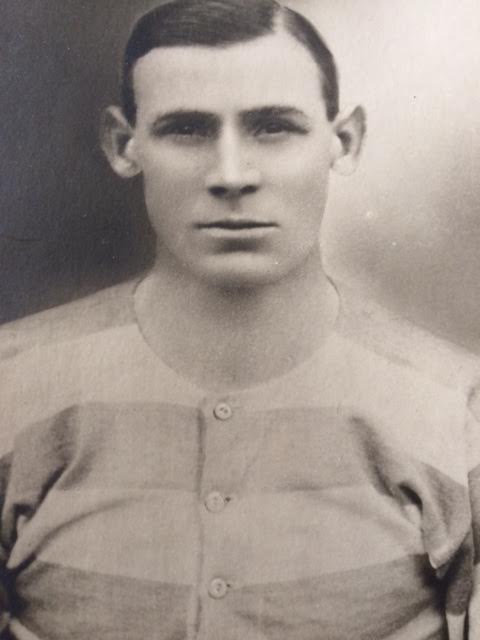 The second-half was a repetition of the first, although the visitors added more goals. Straight from the kick-off the Rangers dashed down on the Boscombe goal, Revillexperiencing hard lines with a magnificent shot which hit the under part of the crossbar and rebounded into play, where it was cleared.

Transferring play Manns, who occasionally caused trouble, raced down the home left wing and centred the ball for Newell, who tested Shaw with a smart effort, but the custodian saved well.

Five minutes only of the second-half had gone by when the Rangers’ superiority was again demonstrated, Birch netting a third goal for them, Giles heading the ball to him instead of up the field.

Boscombe had very few chances of getting away, and found Fidler and Pullen two fine resourceful backs.

Ten minutes after the third goal Birch, who was put through by Whyman, registered a fourth point for the Londoners, and he followed this up five minutes later with a fifth.

Some time before the end there was a scramble in the Rangers’ goal-mouth, the ball hovering about on the goal-line, but, eventually, Shaw managed to push it round the post for a corner, which proved abortive.

A minute or two from time Birch, who was simply irresistible, displaying marvellous shooting abilities, notched his fifth individual goal and his side’s sixth.

In the closing stages Newell got in another excellent shot to Shaw, but the goalkeeper proved safe, and the end of a one-sided game came with the result: Boscombe, 0, Queen’s Park Rangers, 6.

The combination, individual work, and understanding of the Rangers’ men was almost perfect, and they could have scored more than six goals if they had desired.

Birch their inside-right, was a deadly marksman, and in all he obtained five goals, but it would be invidious to individualise, for all the Queen’s Park men were excellent and were far superior to the amateur side that opposed them.

Naturally the Rangers would have the best of matters for they are always in training, whereas the Boscombe men have to work all week and have little, if any, time for training.

Nevertheless, as the result of the visit of the Rangers – and there was a record crowd at Dean Court – the Boscombe Club’s finances should be substantially benefited, and they are to be congratulated on providing such an attraction for the footballing public of Bournemouth.

Without doubt the football played by the Rangers was by far the best that has ever been witnessed at Dean Court.’

(The legendary Jimmy Birch is shown above. Thanks to Colin Woodley for his assistance)