Rangers defeated Crystal Palace 1-0 in the FA Cup 1st Round on the 13th January 1923. For the 2nd Round, the R’s travelled to Wigan for the very first time. Ahead of the match the Daily Herald reported:

‘Thirteen players will accompany the Queen’s Park Rangers’ party to Southport tomorrow morning, where the final preparations will be made for the Cup-tie with Wigan Borough on Saturday.

In all probability the team which defeated Crystal Palace in the first round will represent the Rangers, and this will mean that Birch takes the outside-right position and Edgley the other extreme wing birth.’

A match report appeared the following week in the West London Observer:

‘The cup-tie between Wigan Boro’ and Queen’s Park Rangers on the Lancashire club’s ground attracted a record attendance, but the Southern team proved too good for the Wigan men, who scored a victory by four goals to two.

Some feeling was shown about the middle of the game, and free kicks and injuries were far too frequent.

Parker, the Rangers’ centre-forward, and later Fare the home right-back, were both off the field for a time with injuries. They re-appeared after the interval, when the Rangers, by sheer speed and determination, gained what was a well-deserved victory.

Parker had opened the scoring for them after seven minutes, when Wigan were facing the stiff wind, and Williams notched the equaliser twenty-five minutes later.

The fluctuations of fortunes resulted in the Boro’ securing the lead through Findlay, but Chandler equalised, and then Parker went through the opposition with a wonderful solo effort, which he crowned with a scoring shot from short range.

Birch clinched the issue when he flashed in a cross-shot from the wing, the ball entering the top corner of Wigan’s net, though Hunter could have got to it.

On the Rangers’ side, Parker was a dashing centre-forward, and he was materially assisted by Chandler, who found Edgley often useful on the left extreme.’

According to the Yorkshire Post & Leeds Intelligencer: ‘The superiority of the Rangers lay in their speed and sure kicking, whilst Wigan’s defence was very weak.’ 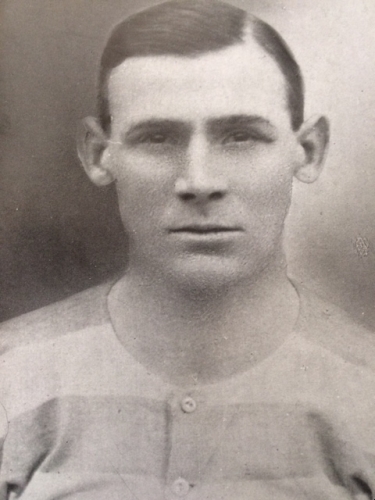 QPR defeated South Shields 3-0 in the 3rd Round at Loftus Road, but then went out to Sheffield United.

Wigan Borough were originally formed as Wigan United in 1919, but the Club was eventually wound up in 1931.

The following year Wigan Athletic was formed and the club purchased Springfield Park, the former home of Wigan Borough.

The Latics were elected into the Fourth Division on 2nd June 1978 at the expense of Southport.

(Thanks to Colin Woodley & Gordon Macey for their assistance)