Chelsea had been founded on 10th March 1905 and six months later the two sides met for the first time.

This reserve match on 23rd September was a South Eastern League fixture, which kicked off at 3.45pm at the Agricultural Showground, Park Royal. 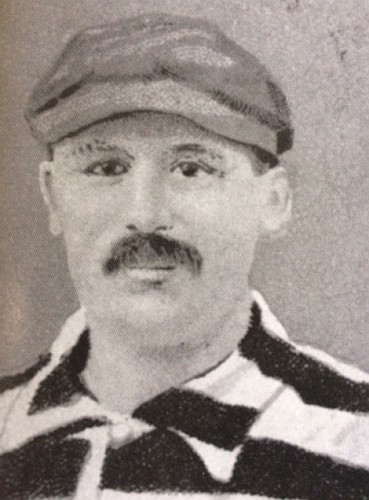 ‘The Rangers reserves also had a very stiff task set them on Saturday, when they faced the reserves of the new Second League club from Chelsea.

Both teams recognised that the game had some bearing upon the championship and turned out their strongest sides.

However, the brilliant reserves of the Rangers managed to maintain their unbeaten record, and Chelsea had to return a defeated club by the narrow margin of one goal to nil – a win in the S. E. competition.’

Not a lot of meat on the bones, but would love to know who scored that first ever goal?

(Thanks to Colin Woodley for his assistance. Arthur Howes is pictured above)