I had thought that QPR’s first overseas tour had been to France and Germany in 1912, but it has now come to light that the Rangers travelled to Belgium four years earlier.

A Reuters telegram was circulated to the Press on Sunday 3rd May reporting that QPR had defeated Brussels Racing Club 5-2: ‘The excellent play of the Southern League team was much applauded.’

On the following day, the news agency added that another match in Brussels had resulted in a draw. 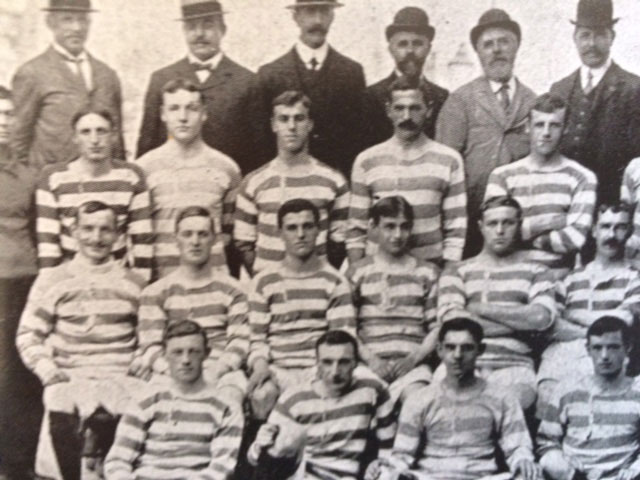 Later that week an article appeared in the Kilburn Times: ‘The Rangers are bent on making records in one way or another this season, and to crown a successful season they have made a journey to Brussels, and met the Racing Club on Sunday last, defeating them by five goals to two.

The following day the Rangers met a scratch Belgian eleven, which contained no fewer than six international players. The result was a draw of one goal each, both being scored during the second-half of the game.

The Rangers only equalised a few minutes before the finish. I understand that two penalties were given against the QPR in this match, but they were both stopped.

The FA, I believe, has passed a resolution against Sunday football, and though the game did not take place in England, I think that they could veto such matches.

Playing football on Sunday is not a very nice proceeding, and knowing the directors as I do, I can hardly imagine the match was undertaken with the consent of a full board.’

Hull City were also on tour in Belgium at the time and had beaten Bruges 3-1 before a crowd of 3,000. Later they defeated a Belgian X1, 3-2.

They were then scheduled to meet the Dutch national side at ‘The Hague’ and there was also the possibility that the Tigers would take on the Rangers before returning home.

James Bauchop toured with the Rangers squad and it was also noted that the Scottish forward: ‘Has not yet signed for next season.’ In fact, Jimmy went on to sign for Crystal Palace.

If anyone has any further information on the tour, please get in touch.