Coming up on Friday 7th February at the Maxilla Hall in Latimer Road, is ‘International *Clash* Day’, featuring the Rotten Hill Gang, the Goldborns, the Clash tribute band, Take the 5th and many others.

Mark Millar described the Rotten Hill Gang as: ‘Formed in a heartbeat within the cracks and back alleys of Ladbroke Grove and Portobello, evolving over a lifetime from Powis Square to Times Square.’

He goes on to say that: ‘The Rotten Hill Gang are a perfect example of the whole being greater than the sum of their parts. A W11 based collective of street poets and classically trained musicians thrown into a room to record and film the chaos in an attempt to make music and TV exciting again. With a no fear attitude of “achievement is the belief of the imagination.”’ 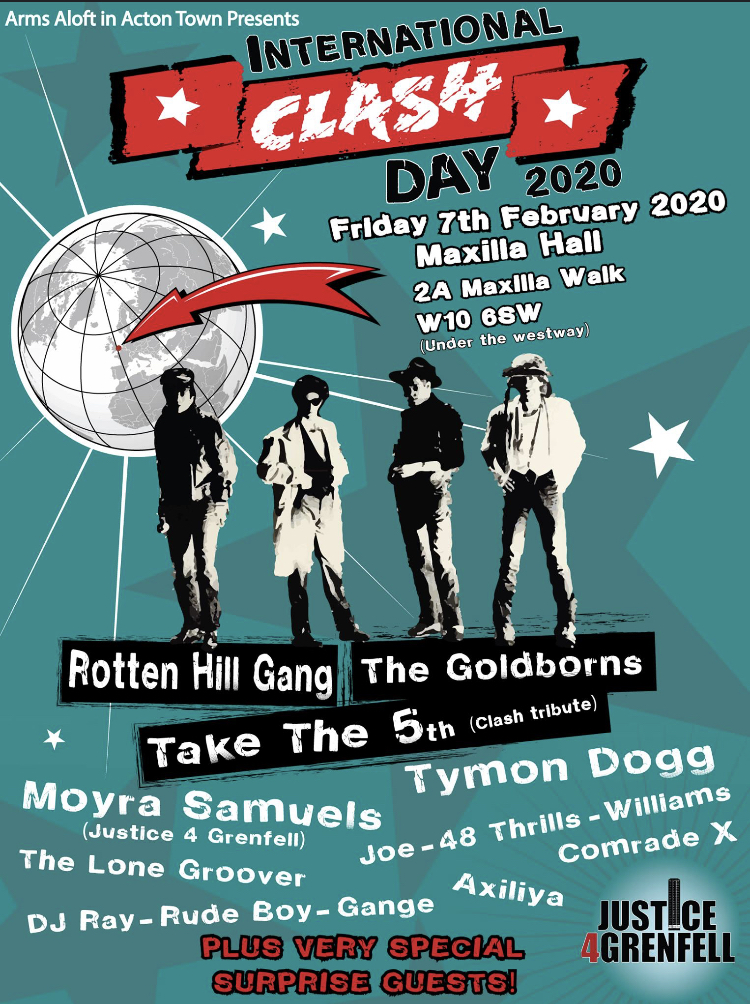 The Goldborns are Justin Burnley and Josh Leckie, both R’s fans who grew up in Ladbroke Grove.

Their excellent debut EP, ‘Don’t Look Away’ was produced by Mick Jones and released in 2018.

I saw them for the first time last year with my mate Declin Daly at Subterania on the Acklam Road, as part of the Portobello Live! Festival. The first thing they did was to hang up a QPR flag at the back of the stage!

Tickets are available from Rough Trade…