Les joined the R’s from Tottenham in July 1965 for a then record fee of £20,000 and made his debut at Griffin Park in the opening game of the season.

It was very much a transitional stage for the R’s with the likes of Les, Jimmy Langley, Ian Watson and Keith Sanderson joining the young talent coming through the ranks.

However, the optimism soon faded as we were beaten 1-6 that afternoon! I had witnessed a 2-5 at Brentford the previous season and it was like the end of the world as I travelled home on the bus!

Rangers were the predominant force at school, but there were some Bees fans to face on Monday morning.

Results did soon pick up and in November Mark Lazarus re-joined and later in March, Rodney Marsh signed. The R’s finished the season in third place and as for Brentford – they were relegated. 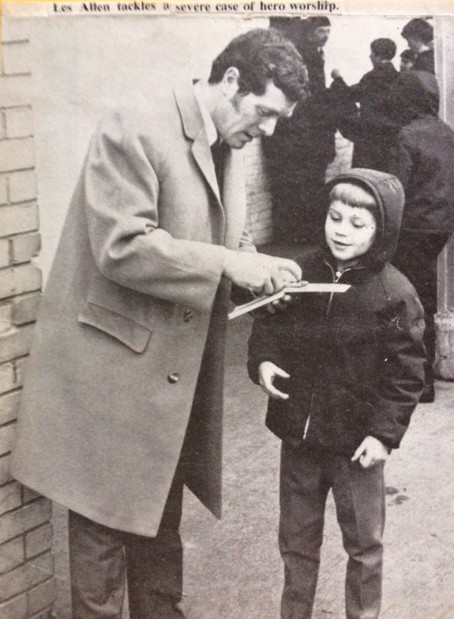 I remember in February 1967 my dad filming Les with his Cine Camera outside Loftus Road before the goalless draw with Mansfield Town. The 15-minute film, in colour, no sound, also included some of the match and I would love to know what happened to that?