Rangers had drawn both their opening league games of the 1939/40 season and then on 3rd September 1939, Britain declared war on Germany following their invasion of Poland.

The R’s had lost 0-1 at Walsall the previous day, which then saw the football season suspended until further notice.

However on the following Saturday, QPR took on an Army X1 at Loftus Road behind closed doors in what was to be the first football match to be played on a league ground since war was declared.

Outside over 100 fans tried to gain entry, but weren’t able to persuade officials to let them in.

Facing the soldiers was an R’s side made up of Police War Reserves. The only spectators in attendance were representatives of the Press, some Army officers and various club officials.

The Rangers coach Jackie Crawford acted as referee. The goal nets were removed and apparently the onlookers had difficulty in determining whether several shots went inside or outside the posts! 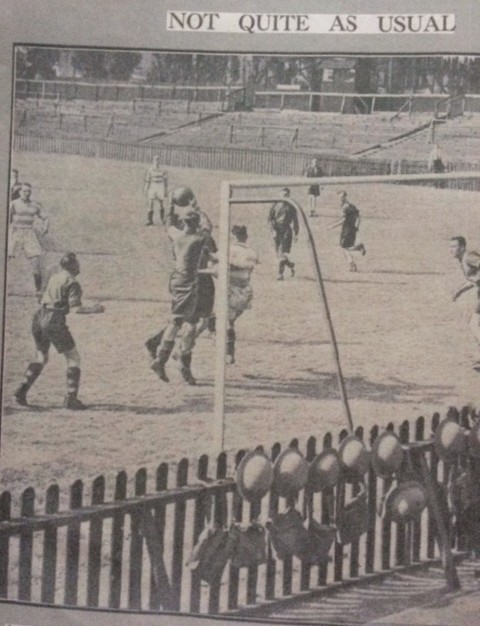 It was reported that fierce sunshine hampered the soldiers in the first half and after 30 minutes the home side were 4-2 up.

On a bone-hard ground QPR led 5-2 at half-time and after the break some changes were made to the Rangers’ side.

It finished 10-2 and the R’s scorers were recorded as: Stock 2, McEwan 2, Bott 2, Smith 3 and Jones. One report kept the names of the Army scorers anonymous, but in another they were named as ‘Brown and Robinson’.

On 21st October Rangers played their opening match at Reading in a League South ‘B’ fixture.