A couple of years ago, Robert Elms’ superb ‘Notes & Queries’ slot on BBC Radio London featured a wonderful tale about the antics of a troupe of escaped monkeys that had begun in Latimer Road.

This prompted me to ask Colin Woodley to search the newspaper archives for further details. On 22nd November 1926 the Yorkshire Evening Post reported the following:

‘For nearly three days, four small, but elusive monkeys, entrenched beneath the platform of Latimer Road Station, London, have repulsed all attacks on the citadel of their freedom, and are still un-captured.

Originally, thirteen monkeys, which are destined for a Christmas fair, were set at liberty on Friday night by burglars who broke into their house, thinking that it was a chicken-run. The monkeys play in a Jazz band.

This morning, “the garrison”, under the leadership of “Jenny”, a very capable monkey, issued out in force. Near their den, they found awaiting them a tempting array of fruit placed under a large basket, propped up by a single slender stick.

“Jenny” was caught, but escaped again, and the monkeys are still at large.

One of the monkeys found his way down a chimney yesterday, and, covered from head to foot with soot, sat down on the mantelpiece at the moment the lady of the house was bringing in some tea. She immediately dropped the tray and fainted!

Another monkey raided a near-by confectioner’s shop, and made such good use of his hands that the man in charge of the monkeys has been presented with a bill for 4s for sweets, black peppermints, biscuits etc.

That is not all, for when the owner of the shop saw a monkey on the premises he picked up a scale weight, and threw it at the raider with so uncertain an aim that the missile went through his shop window.

The biggest monkey, “Franco” who is the leader of the troupe, is reported to have boarded a train, and was last seen at Paddington, where a search is now being made for him.

The monkeys have plenty of food at their command. Beneath their lair are a stable and a greengrocer’s yard. This morning two of the monkeys were actually seen sitting on the horses’ backs as they ate the horses’ feed.

When efforts were made to capture them they pelted their would-be captors with pieces of banana skins and nutshells. One monkey picked up a small hammer, and brandished it threateningly.

Mr T. Murphy, the owner of the monkeys, interviewed today, said that at first the monkeys established a sort of headquarters under the railway arch, then they dispersed as individual foragers. One made for a corn chandlers shop and caused havoc on the premises.

Another made for a general stores and helped himself to biscuits, chocolates, and strangely enough, cigarettes.

“Altogether, the three of them are making a laughing stock of me and my staff. We have tried to entice them with all sorts of dainties in cleverly concealed traps, but they are more artful than we are. They have eaten all the dainties and ignored the trash.”

The monkeys all come from South Africa, and although quite tame normally, their spell of liberty, and the numerous attempts made to catch them, have made them rather wild.’

The Derby Daily Telegraph picked up on the story the following day: ‘Notting Hill was still monkey hunting this morning. The quarry by name are; “Franco”, “Bimbo”, “Snookums” and “Sandy”, four of the 13 Jazz band monkeys who escaped last week and who have resisted every strategic move devised for their capture.’

“Franco” was reported to be still “somewhere in Paddington”, as for the others still on the loose: ’The three monkeys who have consolidated a little stronghold under Latimer-road station are continuing to enjoy the time of their lives.’

‘Early this morning two of the animals almost frightened the life out of a man who came for a car in the yard garage. As he opened the door two black shapes flashed past him, and when he got inside the garage he found the car occupied by one of the monkeys. He tried to catch the animal, but it defeated his efforts.’ 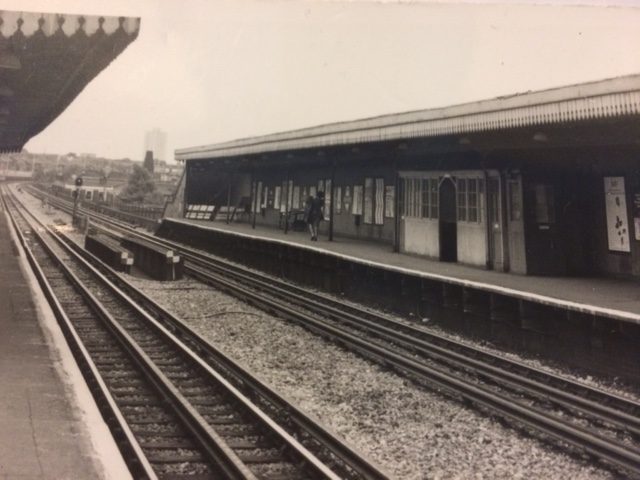 A £25 reward (now equivalent to over £1,200), was offered for “Franco” and hopes were raised following a telegram Mr Murphy received on 24th November from Rugby: ‘Monkey captured here this morning after doing considerable damage, for which I shall expect you to pay. Am sending him passenger to Euston.’

Upon arrival, the monkey was placed in the parcels office, but was it “Franco”, or could it possibly be the drummer, “Bimbo”? The Gloucestershire Echo detailed events leading to the monkey’s capture:

‘About 7am, Mr T. Norman, who lives in a caravan at Rugby, was awakened by a tapping noise on the roof of his home and looking through the ventilator saw the hairy leg of some animal, which he thought was a cat’.

‘His wife seized it and held on the animal’s leg through the ventilator and Mr Norman climbed to the top of the caravan and captured a monkey, which was very fierce and put up a fight, tearing his coat. It was sent to London and there found to be “Bimbo”, the drummer of the band.’

“Snookums” had been caught the previous day after he had surfaced from under the platform of Latimer Road Station following a fierce struggle, which resulted in the monkey ripping open the hand of one man and biting another! It was ascertained that Sandy was still there.

The Gloucester Citizen reported on the 27th that “Sandy” hadn’t succumbed to the cold as first feared, but was spotted on a pile of logs throwing lumps of wood at the custodian of the yard, a Mr F. Bullen. One of his shots hit Mr Bullen and an attempt to capture him was made.

“Sandy” however: ‘executed a masterly retreat covering his retirement with a few well directed shots and made good his escape. “Franco”, the leader of the band is still reported missing.’

I wonder if they both survived the winter and were eventually captured?