Titled, ‘Gordon Jago gets the Third Degree’, the press photo shown below is from 1974. The caption reads as follows:

‘Gordon Jago, Queen’s Park Rangers manager, hails new signings, the American singing trio ‘The Three Degrees’ who were at the club to shoot pictures for their new LP cover.’ 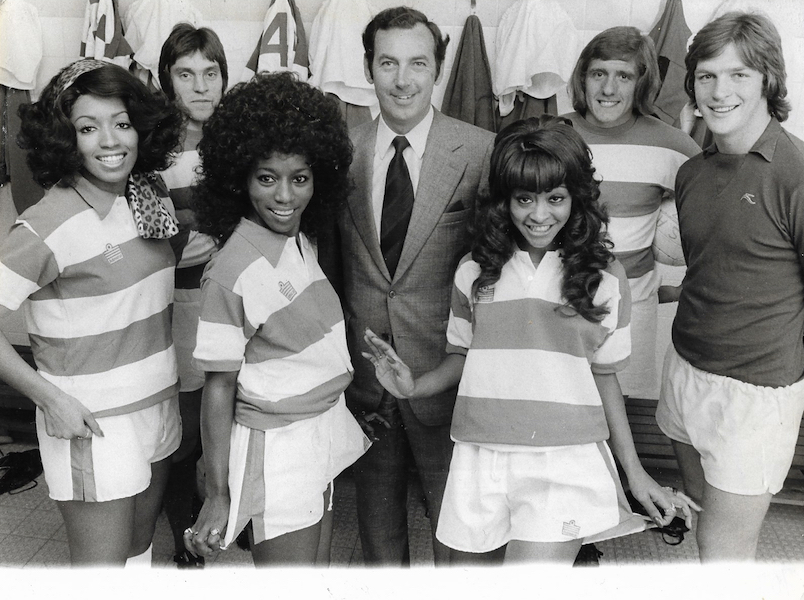 Their studio LP, ‘International’ was released the following year. Titled in the UK as ‘Take Good Care of Yourself’, it became a top ten album.

2 thoughts on “When Gordon Jago Met ‘The Three Degrees’”