The following article appeared in the Dundee Evening Telegraph on 14th March 1930:

‘Using a commandeered motor car, P.C. Leslie B Warren, of the Metropolitan Police, chased and stopped a runaway horse at Shepherd’s Bush.

The horse, which was attached to a dairy van, bolted while in Cobbold Road and made off towards Askew Road. 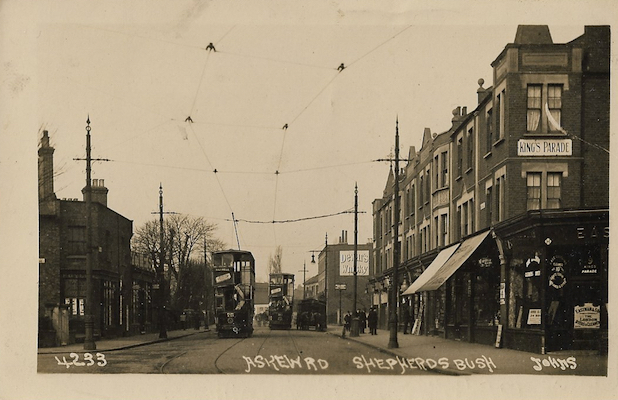 The constable attempted to check it as it passed him, but failed. Calling a passing motorist to his aid, Police Constable Warren sprang on the footboard and gave chase.

In Askew Road the horse slipped its bridle and rushed on. When the car drew level with the runaway, Police Constable Warren sprang at its head, and catching it by the ears, managed to force it into the kerb, where the van collided with a stationary cycle.

Still hanging on to the horse’s ears, the constable was able to bring it to a standstill.

Damage was done to the van and the cycle, but neither the horse nor the constable was hurt.’