A unique exchange deal took place in May 1967 when Peter Springett moved to Sheffield Wednesday and his older brother Ron, returned to Loftus Road.

‘A unique transfer deal involving £56,000 took place in May 1967, between Sheffield Wednesday and Queen’s Park Rangers, a deal in which the goalkeeping brothers, Ron and Peter Springett changed clubs.

Ron Springett started his career with QPR in 1952. He was transferred to Sheffield Wednesday for nearly £10,000 in March 1958. 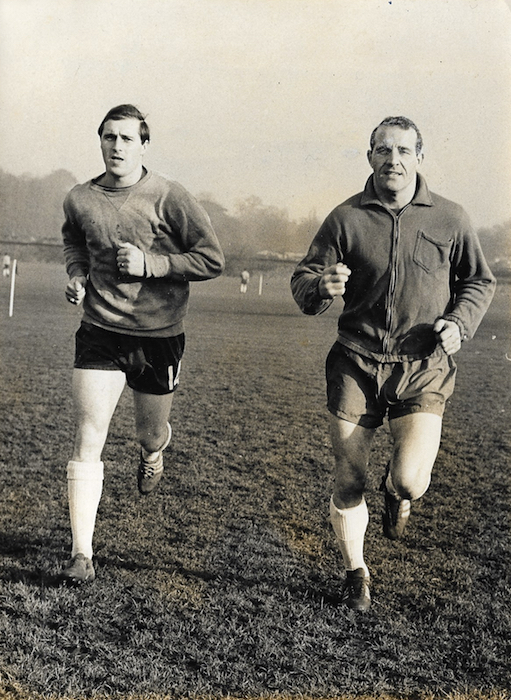 His brilliance eventually won him the role of the England keeper. Meanwhile his brother Peter was building up a reputation with QPR and played a major role in helping them win the League Cup and promotion to the Second Division.

The brothers played against each other in the third round of the FA Cup in January, when Wednesday beat QPR 3-0.

Then came the surprise news of the exchange, in which Ron became a Rangers player once again for £16,000 and Peter (a Young England international) takes his place in the Wednesday goal for £40,000.’

Ron went on to make a further 45 league appearances for the R’s, whilst Peter notched up 180 for Wednesday before moving to Barnsley in 1975.

(The above press photo is from my collection)