Two articles appeared in the West London Observer in 1957, regarding a very young Rock ‘n’ Roll band from Hammersmith. Firstly they were featured on 25th January:

“The Shooting Stars”, youngsters from the Caroline Estate, Queen Caroline Street, Hammersmith, were the big hit at the children’s Christmas party sponsored by the Caroline Estate Tenants Association and held at the Estate Clubroom on Saturday.

Although they have been practising for only about a month, they played modern numbers such as “Singing the Blues” and “Lost John” extremely well.

In the latter the rhythm and their seven-year-old vocalist, Peter Lee, had the children – and some parents – tapping their feet and singing.

The party itself was a triumph. The Tenants’ Association, and especially the secretary, Mr Kidson, have the knack of making all their many functions a success. 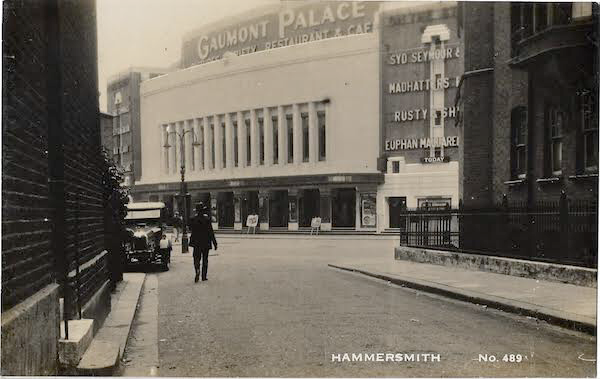 The article included a pic of the band but unfortunately the quality isn’t good enough to reproduce. However, the caption underneath gives the names and ages of the band members:

“The Shooting Stars”, none of whose members is over 13, have been playing Rock ‘n’ Roll and Skiffle style music since Christmas, when three of the boys were given guitars as presents. Two more friends, one with a banjo, and one with an accordion, joined the boys.

Two other youngsters brought along a bass made from a tea chest and a drum converted from a hatbox, and they gave their first performance at the Caroline Estate Children’s Christmas Party last month.

Three of “The Shooting Stars” are brothers. Seven-year-old Peter sings and his brothers, 11-year-old Brian and John, aged 13, play guitars.

Their mother, Mrs Joan Lee said: “All the children come and practice in my son’s bedroom. It’s nerve-racking but it keeps them off the streets. We recently bought a piano and they’re thinking of playing that now.”

I had previously mentioned these articles on the Hammersmith Palais Facebook page and I was pleased to get a quick response from John Lee.

He recalled that they regularly played at the Gaumont and on one occasion Lonnie Donegan had spoken to them.

John went on to say that the band broke up due to school exams etc. He lost touch with his mates, but told me that his brother Brian lives in New Zealand and Peter resides in the Bahamas.

He plays Blues/Jazz guitar now, mainly for fun, but also does the occasional party gig.

(Thanks to Colin Woodley for sending me the articles)

One thought on “Rock ‘n’ Roll with the Hammersmith “Shooting Stars””