The following article appeared in ‘The Sphere’ magazine in 1949:

‘Close proximity of houses and shops complicated the task, the old bridge having to be removed in halves.

The old St. Mark’s Road bridge on the Hammersmith and City Line was replaced by a new 165-ton steel and concrete bridge within the scheduled time of twenty-two hours. 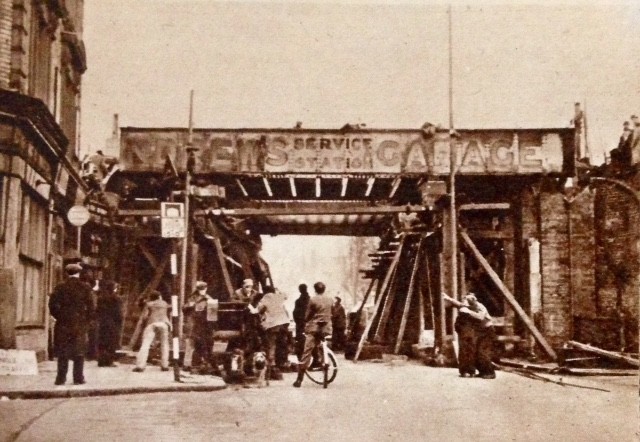 The new bridge had already been built alongside the old, but because of nearby buildings, it could not be placed exactly beside it.

The actual rolling-in of the new bridge took 1 hour, 32 minutes, at a foot a minute to bring it alongside, plus a further half-hour to move it 4ft sideways into its final position.’