The following article was written by Eric Nicholls and appeared in ‘Goal’ magazine on 18th May 1974:

‘Every time Gordon Jago pinned up the Queen’s Park Rangers first-team sheet, he spared a thought for five young men, waiting in the shadows of reserve football for a chance to break into the big time.

Indeed, add the names of Martyn Busby, a first-team star in his own right until he broke his leg last season, and Alan Mayes, who has yet to taste the senior grade, and Jago has seven highly talented players queuing to knock on that door.

Shirley Bassey might borrow the words from her song and call them: “The Sad Young Men.” After all, it isn’t exactly fun for striker Ron Abbott, centre-half Ian Evans, midfield players John Beck and John Delve, and goalkeeper Richard Teale.

They have had to sit on the sidelines as their better-known pals grabbed the headlines and the glory. Jago doesn’t see any sadness in their faces, only determination to make good. And he prefers to call them: “The Patient Waiters.”

Says Gordon: “This is the most difficult part of my job. Being with the lads I can appreciate their problem. They are on the verge of regular league football. Yet the way the first-team has been playing, I have hardly been in a position to make changes.”

“It won’t help them when I say all credit to these lads. But I mean it. They are perfect professionals, they have worked hard at their game, and you can see the determination in everything they do to prove that when they get a chance they are worth it.”

Gordon Jago has never been a man to bask in the sunshine of success and to ignore who have yet to establish themselves. As he says: “I’ve got to convince players like these that there is a future for them in football, and that future lies with the club.”

Jago knows what it is like to be in the shadows. In his own playing days as a centre-half with Charlton when the South-East Londoners were a First Division team, Jago spent long spells as reserve to club captain Derek Ufton. But knowing the problem isn’t the complete answer to his five “Patient Waiters” 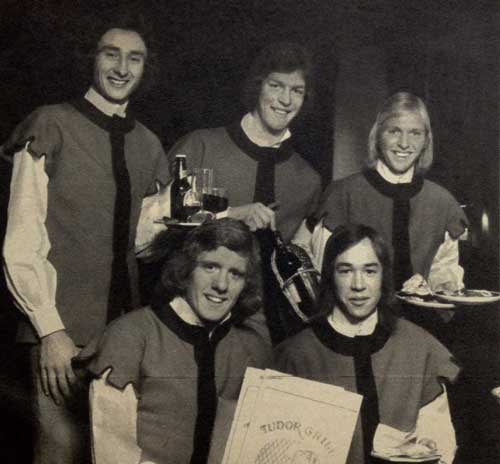 As John Delve says: “Frustrating is the best way to describe how we feel. We see it all happening, and if we aren’t playing in the first-team we feel a little bit out of it.” Experiencing the atmosphere of the big time is like getting hooked on drugs.

Delve played a big part in Rangers’ rise to the First Division. He was one of the youngsters drafted in when the club was hit by injuries. By mid-March he had played six games this season, and though only 19, he has a total of 17 first-team appearances.

Ron Abbott came in to score the winning goal at West Ham earlier in the season, and when Terry Venables was forced by injury to rest, he got in again, and did well. He clocked up three full games, and twice on as substitute by mid-March, and he, too, is only 19.

At the same stage of the season John Beck had broken in to take his score to two senior appearances this season, and three in all. And he’s yet another 19-year-old who has come through the Rangers pipeline.

Ian Evans is a couple of years older, but is a Wales Under-23 international, and has already been selected for the full squad. He must have felt it was going to be his year – until Terry Mancini and Frank McLintock struck up such a fine partnership at the heart of the defence.

But there is no bitterness in his voice when he says: “It is a bit funny playing for Wales in an international, then coming back to play in front of a couple of hundred people in the reserves.”

Richard Teale enjoyed his own bit of glory last season when he played in Walton and Hersham’s FA Amateur Cup success at Wembley.

When he was persuaded to switch to the professional ranks, he knew what he was up against. Giant Phil Parkes was already established in the England squad, and there was a strong school of opinion that placed him above Peter Shilton and Ray Clemence in the international stakes.

Says Richard: “It’s a bit different for me. Forgetting Phil’s status in the game, I know I’ve got it all to do. I’m still learning the professional game. Fortunately, Phil has been a great help to me, and we are good pals as well. But I’m just as ambitious as the rest of the lads, and I didn’t come into the game full-time to be a permanent reserve.”

All of which gives Jago seven good reasons to have mixed feelings when he pins up the first-team each week.’