On 8th May 2004, the R’s clinched promotion from Division Two with a memorable 3-1 win at Hillsborough.

The BBC then reported that: ‘Thousands of QPR fans are expected to turn out for an open-top bus parade through Shepherd’s Bush and Hammersmith to mark the club’s promotion.

Wednesday’s parade will start on Uxbridge Road and the buses will make their way to Hammersmith Town Hall. 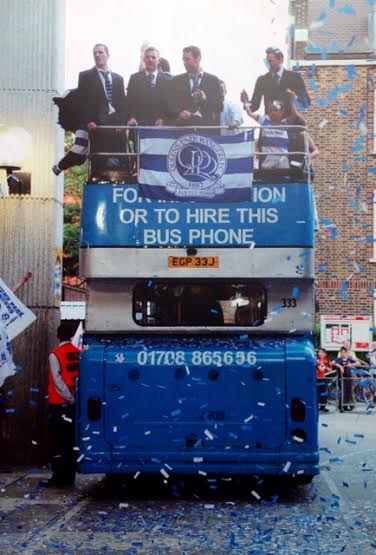 Rangers’ manager Ian Holloway will be among those addressing the crowd outside the Town Hall at around 7.15pm.

‚ÄúIt’ll be a great occasion for the fans,‚Äù said Holloway. ‚ÄúIt’s been a long time since they had something to celebrate. The club’s had such difficult times and to be able to share in something like this is fantastic.‚Äù 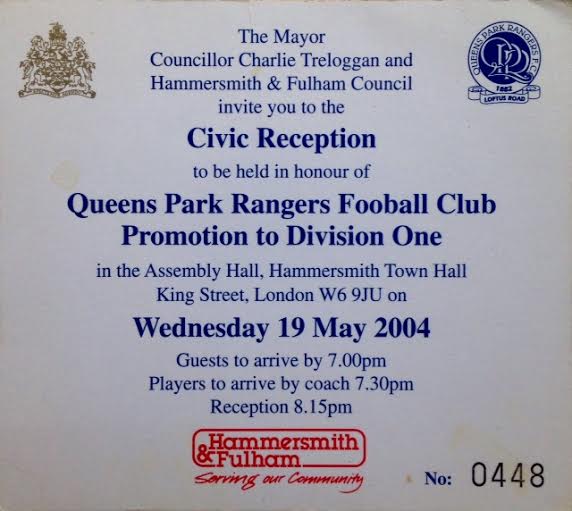 Gordon Macey wrote in his book: ‘Queen’s Park Rangers – The Complete Record’, ‘The successful season was celebrated with an open-top bus parade to Hammersmith Town Hall for a civic reception with the Mayor of Hammersmith and Fulham Borough.

The route followed Uxbridge Road from the junction with Askew Road, round Shepherd’s Bush Green, down Goldhawk Road turning in to Paddenswick Road, down Dalling Road and finally into Kings Street and arriving at the town hall.

At the reception the players and coaching staff were presented with the Nationwide Division Two runners-up shield and individual medals.’ 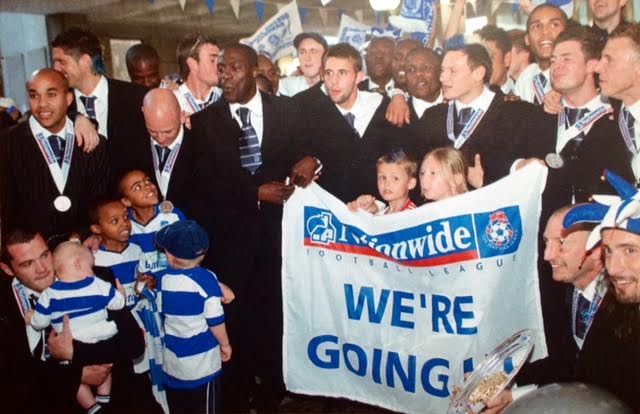 Thousands of fans lined the route and I remember waiting outside the town hall for the buses to arrive, amongst a very large crowd with my son Louis. The wild celebrations continued inside the Assembly Hall, with the manager, players and fans all coming together as one!