Nedum Onuoha hit the late winner to make Reading pay for profligacy in front of goal as QPR recorded a 1-0 win at the Madejski Stadium.

Jimmy Floyd Hasselbaink is expected to be named as QPR’s new manager on Friday morning and it means the interim man in charge, Neil Warnock, will hand over the reins after back-to-back victories.

Warnock said: ‚ÄúIt’s been a difficult 24 hours because I didn’t expect it to be the last game. I asked the players to give everything they’ve got and they did. I mean, look at Sandro, he had a great game – he has never run like that before. It was emotional, the fans chanting my name. I have a special relationship with this club.‚Äù

‚ÄúI wanted to try and win the game with it being my last. We made substitutions to try and win and when you win right at the end, it doesn’t get much better than that.‚Äù 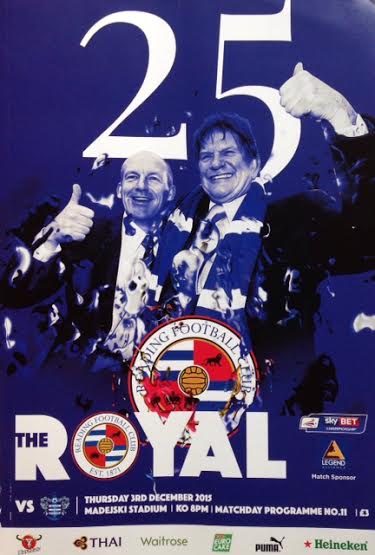 Although it was an emotional night for Warnock, he believes QPR can win promotion under Hasselbaink: ‚ÄúThere is no reason why we don’t get in the play-offs and go up. It’s a wide-open league, Jimmy will find it difficult but he can be successful. He needs to put his stamp on it and relish it.‚Äù

Reading had chances to win the game but failed to really test Rob Green and they were made to pay when Onuoha headed home Alejandro Faurlin’s corner but the Reading goalkeeper Ali Al-Habsi should really have done better.

The win moves QPR up to 11th place, only two points outside the play-off places, while Reading missed the opportunity to climb into the top six.

The Reading chairman, Sir John Madejski, was celebrating his 25th anniversary in charge of the club but, despite creating numerous opportunities, they failed to fire a shot on target.

The first-half was a quiet affair, with QPR dominating the opening spell of possession, but it was Reading who had the best of the chances. The home side were awarded two free kicks in promising positions within five minutes of each other but despite the midfielder Oliver Norwood’s inch-perfect delivery, no one could get on the end of them.

QPR’s best attempt came from the Canadian winger Junior Hoilett after he broke through Reading’s defence but he could only fire straight at Al-Habsi.

The former Blackpool winger Matty Phillips was a consistent threat for QPR after the break, linking well with Hoilett on the wing and causing the Reading defence headaches with his direct approach.

The home side had a clear chance to go ahead just before the hour mark when a corner found the head of their captain, Michael Hector, but he could not keep the ball down and it sailed narrowly over the bar. Moments later Reading came within an inch of taking the lead when a superb free kick from Nick Blackman had Green beaten but the ball came back off the crossbar.

Reading’s wastefulness was to prove costly when QPR went ahead with only a minute left on the clock. Faurlin sent a dangerous corner into the box and Onuoha met it at the far post with a downward header that Al-Habsi fumbled into the net.

Boos echoed around the ground at the final whistle as Reading’s poor run was extended to only one win in eight.

Thankfully the threatened M4 closure between junctions 10 and 11 was postponed until 11pm.

Jimmy picked me up at Gerrards Cross Station and we parked up less than half a mile from the ground.

The home side went close a few times, including a free kick in the 2nd half which Rob Green watched bounce off the crossbar, but I don’t remember him having to make a save.

After the wild celebrations in the 90th minute, it was very emotional after the final whistle when we sang (loudly) the praises of the departing Neil Warnock. And to add to that when I got home I just had to watch his wonderful post-match interview on Sky.

We all crave stability and Ian Holloway stated that that all the chopping and changing was wrong. Well we all know that but when the wrong appointments have been made we have to hope that the next one is the right one.
Thanks Neil‚Ä¶.