‘The Loftus Road Runners Kick Off‚Ä¶ Mention football records and the most likely reaction is a groan – not surprisingly, because since ‘Back Home’ helped us lose the World Cup in 1970, their form has been worse than England’s. 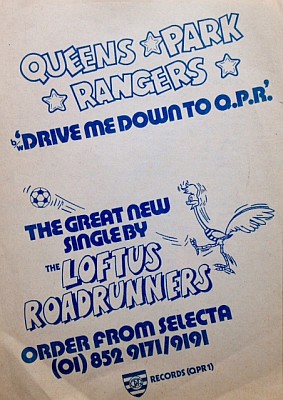 But ‘Queens Park Rangers’/’Drive Me Down to QPR’ is as refreshing to hear as Rangers football is to watch, because it’s been made by people who understand both football and pop.

Written by Bruce Thomas, a former member of Sutherland Brothers and Quiver, both sides combine the best qualities of pop with all the energy of a terrace chant.

The record is pressed by Decca, distributed by Selecta, and is released on Friday, 4th March.

Listen or get your head kicked in!’ 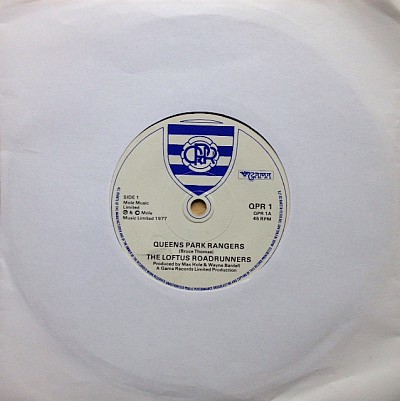 The record company was founded in 1973 by Geoff Jukes, Richard Thomas and Max Hole and continued until the early 80’s. Bruce Thomas was to be best known for being the bassist in the Attractions, formed to back Elvis Costello.

Both tracks were included on the Cherry Red Records compilation CD: ‘QPR the Greatest’.