The following gem was plucked from the archives recently by Colin (ESSEXURs) and Bernard (Kerrins). The article appeared in the West London Observer on 20th August 1920 and provides such fascinating and interesting detail:

The wonderful growth of Queen’s Park Rangers FC was illustrated on Tuesday when the new grandstand – which is able to accommodate between 3,000 and 4,000 persons, and which has been erected at a cost of ¬£22,000 – was opened.

The Rangers now have one of the finest grounds in London. A “West London Observer” representative, who was shown over the new stand, gives the following description:

‘The ground adjoins the White City with easy access from all parts of London. It covers a space of over four acres and has two entrances 40 feet wide, one from Ellerslie Road to the grandstand, and the general entrance to the ground from Loftus Road. These entrances have a length of 120 feet, giving ample accommodation for a crowd, thus avoiding waiting queues in the public streets.

Turnstiles in these entrances are erected down the centre, not from side to side as is usually the case. This minimises the risk of over-crowding or obstruction and allows nearly the whole of the entrances to be used by the crowds leaving. 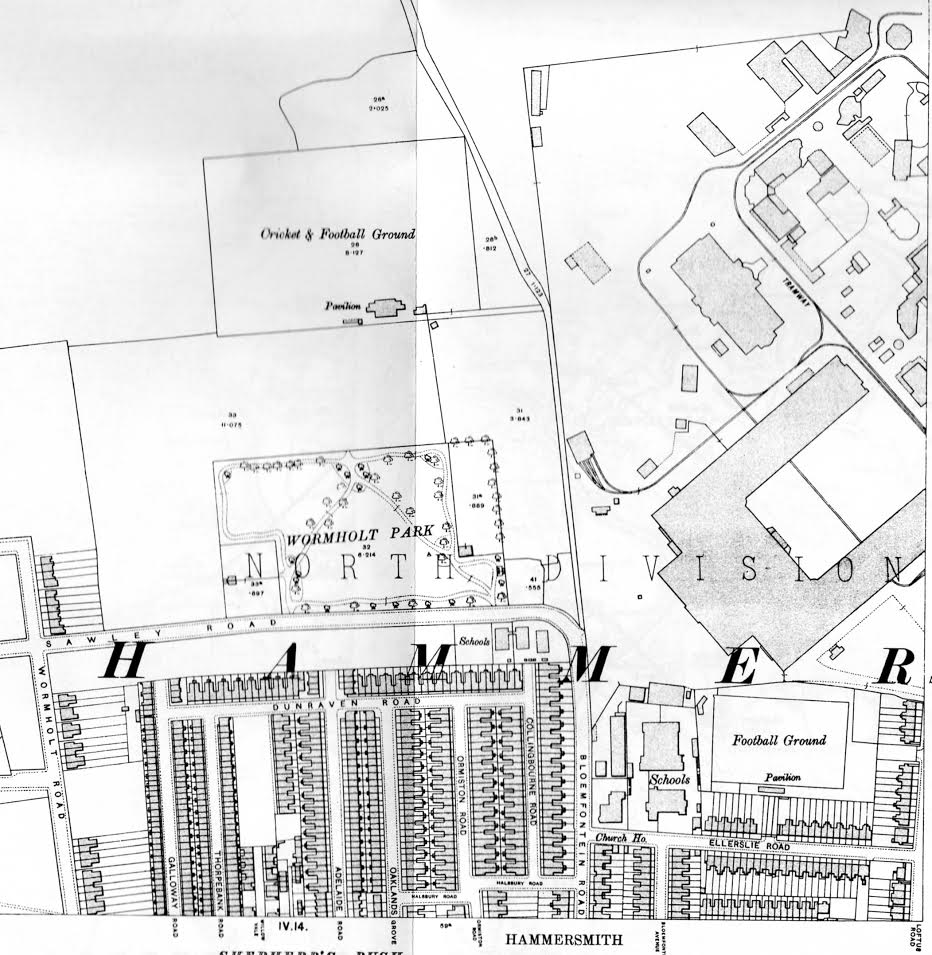 On one side of the ground a covered grandstand has been erected of massive steel construction – 320 feet long with accommodation for 3,500 people.

A feature of the new stand is the five short, straight staircases giving easy access and exit, enabling the whole of the stand to be cleared in under-five minutes. The seating is divided into five sections – admission to the centre and remainder. There is covered standing room in front of the stand for 700 people.

The other three sides of the playing field are banked to an easy gradient and a good view of the play can be had from every part. These banks are now being stepped. Iron crush barriers are formed at intervals, adding to the comfort of the spectators.

These barriers and the steel lattice girders, stancheons and a portion of the stand formed part of the grandstand removed from Park Royal. Over 12,000 cubic yards of material were carted on to the ground to form the banks.

The ground and stand has accommodation for 25,000 people. Beneath the stand are rooms of brick construction arranged as follows:

Directors rooms with private staircase to stand, referees room with bath and lavatory, range of offices – Secretary’s and Manager’s rooms. This bathroom contains two large baths constructed with white glazed bricks with hot and cold supply and douche sprays. There is a separate bath for use in case of accidents on the field.

On the left are the visiting teams’ dressing rooms and bathroom of similar design and capacity as the home team. A steam-heated room for drying the players’ clothes has been constructed. All the rooms are steam-heated which adds to the general comfort, and electric light has been installed. 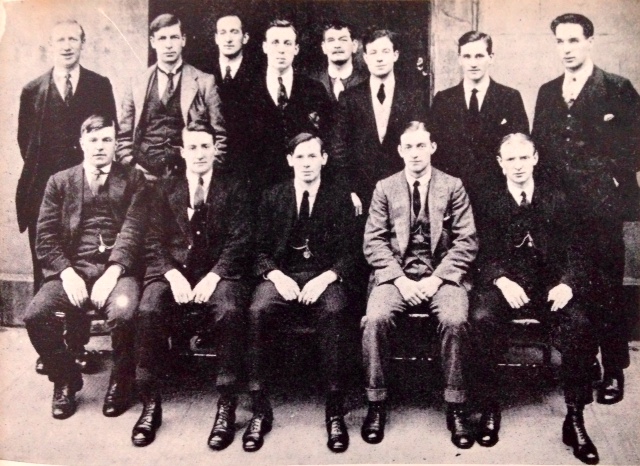 The article goes on to include various other items of Club News:

‘The list of players for the forthcoming season is as follows:

*denotes amateurs. In all there are 20 professional players and 12 amateurs.

From form shown in practice matches the new men would appear to be decided acquisitions. In any case, there will be more height and weight in the team than has previously been the case, especially in the half-back line.

There will be a public practice match on Saturday next at 3.30. The proceeds of the “gate” are to go to local charities. A. Mitchell and J. Birch are to have benefits this season. This is Mitchell’s 14th season and second benefit. Birch is in his 9th season.

The opening match in the new Third Division is with Watford at Loftus Road on Saturday, August 28th. A new half-time score board has been erected.

The top image has been extracted from a 1913 map and the team pic shown above is from 1920.

My thanks go to Colin, Bernard and to Gordon Macey of course.

3 thoughts on “The Wonderful Growth of Queen’s Park Rangers FC. and Loftus Road in 1920.”