SR: Nils, I’ve never forgotten opening up the match programme before the Leicester City game on 22nd November 1969 and reading your letter in which you signed off as: ‘Yours truly, the only QPR supporter in Vietnam’. Can you take us back and tell us where you grew up in England and how you became a Rangers fan?

NG: I grew up in Hersham, Surrey. I was always a QPR fan as well as Fulham and I emigrated to the USA when I was 22.

SR: What memories do you have of your first QPR game?

NG: Overwhelmed by the size and watching pro’s play.

SR: Rodney Marsh must have been one of your heroes Nils.

NG: Rodney Marsh was the man.

SR: In that first letter you stated that you emigrated to the USA in February 1968 and within a year you had been drafted and stationed in Vietnam.

NG: Yes I knew I was going to be drafted, but not going to Vietnam, but somebody had to end it, ha ha ha!

SR: You also mentioned that a friend of yours, Bob Thorpe, regularly sent you news of the R’s via news clippings. Did you stay in touch with him?

NG: No after Nam I got married and had four kids. Bob and I never communicated again I’m sorry to say.

SR: Also in that letter you wrote: ‚If I ever get home to England the first Saturday I will be watching the only team, QPR.‚Did you ever manage to return home?

NG: A few times, but time wouldn’t allow for football.

SR: You made an appeal at the end of your letter for other Rangers fans to write to you. One that did get in touch was John Wild. What sort of response did you get?

NG: John would send me stuff on how QPR were doing, but I did think some of my mail got lost.

SR: The programme editor, Ron Phillips, added that you had inscribed the back of the envelope with ‘Give peace a chance’ and ‘QPR for the cups’.

NG: I put that on most of my letters.

SR: Your second letter was included in the Bolton Wanderers programme the following year on the 14th March. In fact, you were featured on a separate page as a ‘Star supporter’ and it included a photo of you in the ‘boonies’ wearing a VC helmet with a QPR badge pinned on it! 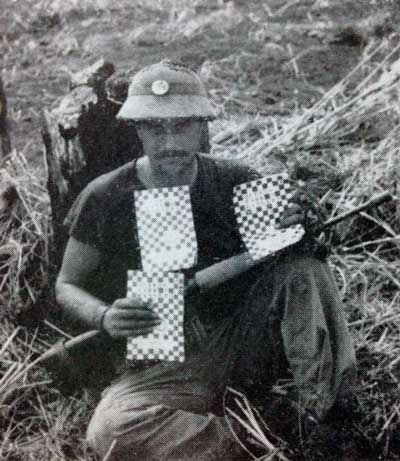 NG: I humped that stuff throughout my time in the jungle.

SR: You mentioned in that letter that you tried to teach other GI’s how to play football, but that one of their problems was not being able to control the ball.

NG: All they wanted to do was throw a ball (and call it football), so I gave up.

SR: Did you ever write to the club again?

SR: When did you leave the army?

SR: John Wild was editor of the excellent ‘Beat About the Bush’ in the 90’s and in the winter of 1993, in issue No.6, he included an article about you. He said that he had written to you as a youngster, but unfortunately he couldn’t trace the correspondence. John completed his article by appealing for information on your whereabouts. Do you still have any of the letters/memorabilia that you received from Rangers fans?

NG: As I said a lot of my mail got lost. I was glad John got back in touch.

SR: I used to think from time to time that maybe one day I would open up the match programme and that there would be another letter from you. John Wild told me that whenever he watched a film or documentary about the conflict he would often wonder what had happened to you and hoped that you got through it okay.

NG: I was lucky I made it back without a scratch. A lot of the guys I knew didn’t make it back.

SR: Then recently I was on John’s Facebook page and just after making a comment on something ‘Rangers’ related, you suddenly popped up and added something. To say that I was absolutely amazed is an understatement!!!! So later, I contacted John to share my astonishment with him and he told me that he had finally traced you a year or so earlier via Facebook. That must have also been some surprise to you too?

NG: It was great to finally get in contact with the guy who sent me stuff to Vietnam, and a QPR fan.

SR: Do you ever come across other R’s fans? Any unusual encounters Nils?

SR: Did you get to watch any live screenings of any of our Premier League matches?

NG: Every now and then, what a thrill!

SR: Did you know that there was an episode of M*A*S*H when QPR were mentioned? Some British troops turned up one day at the camp and in one scene they are shown opening their mail and one of them says: ‚Hey lads, Arsenal defeated Manchester United two to nothing – they’re going to take the cup.‚Then another one remarks: ‚You’re barmy mate, its Queen’s Park Rangers all the way.‚ I know that it was set in Korea, but that conjured up an image of seeing you with your platoon and opening up your mail all those years ago.

NG: I seemed to be the only one thrilled with news about QPR. But most of the time we were fighting the Vietcong. didn’t see that episode of M*A*S*H. 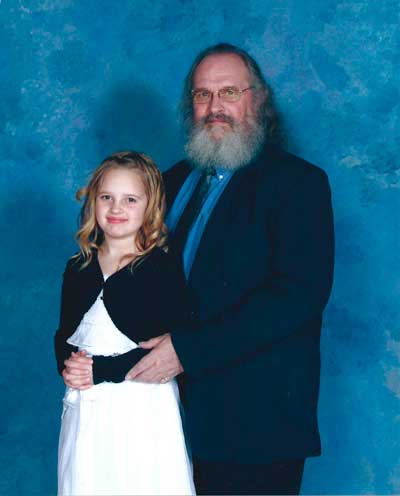 SR: Is there a possibility that you could get over for a game in the near future and have a pint with us in the Bush?

NG: I don’t know about the near future, but when I do I’ll be in the Bush for sure.

SR: Nils, many thanks for your time and agreeing to answer these questions. Do you have a message for Rangers fans reading this interview?

NG: I hope it came across okay. Premier League here we come – Go Hoops. ‘Give peace a chance’.

4 thoughts on “Interview With Nils Guy”